Port of Antwerp International (PAI), the consulting and investment subsidiary of Port of Antwerp, set up its alliance with EPL in 2012 with an accompanying investment of €25 million. This has now been repaid, as well as a capital gain of €6.9 million.

“Our investment subsidiary has now attained the financial and strategic investment that we set ourselves at the beginning of this project, said Marc van Peel, Port Alderman and Chairman of the Port Authority.

“When we decided to team up with EPL in 2012, Antwerp was the first European power to establish its presence in the Indian continent in such a way. This made a huge impression in India, both with the private sector and with the government” continued van Peel. “In addition, the collaboration with EPL brought us a great deal of commercial insight concerning the Indian port world.”

Both PAI and APEX, Antwerp’s maritime trading centre, have signed contracts in India recently with APEC building a training centre in Mumbai to cater from to trainees from India and neighbouring countries.

In the meantime, PAI will continue its relationship with EPL, carrying our consultancy work in India and in the foreign projects in which EPL is involved, for example in Canada. PAI has also been tasked with auditing the Indian “major ports” – i.e. those ports that fall under the direct authority of the Indian government – and drawing up a joint development plan.

“The heightened role of the port of Antwerp on the Indian subcontinent is the result of many years of determined presence with, among other things, a full-time representative in Mumbai,” the port said in a press release. “The financial and commercial returns generated by the project have only served to confirm the Port Authority in its conviction that such alliances with partners in other countries contribute to the international influence of the Antwerp port community.”

Read the article online at: https://www.worldcement.com/europe-cis/18122015/port-of-antwerp-sells-stake-in-essar-ports-ltd-3303/

The company has announced its financial results for the third quarter of 2020. 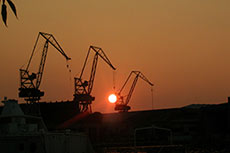 Terex Port Solutions has continued to strengthen its position in the Asia Pacific region with four new mobile harbour cranes. 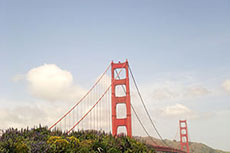 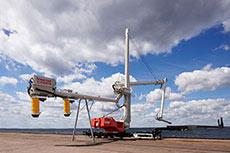 Siwertell secured a second order for a road-mobile ship unloader from Russian company PSR Primstroyresource, based in Vladivostok.