Claudius Peters recently supplied materials handling solutions to UK cement-production company, Hanson Cement for the Bristol Port Project. Hanson, which has been under the ownership of HeidelbergCement since 1998, ordered 12 wagon unloading stations each unloading six wagons at the same time, all fed by a Claudius Peters FLUIDCON system with a loading capacity of 230 tph of cement. In addition to the engineering, the scope of supply comprises compressors, unloading stations, the patented Claudius Peters FLUIDCON pneumatic conveying system, filter plants and a complete control system. Plant startup is planned for later this month.

Taiwanese Fu-Tai Engineering Co. awarded a contract to Claudius Peters for two packing lines that will be installed at a grinding plant supplied by Fu-Tai Engineering for PT Cemindo Gemilang located in Ciwandan, Cilegon City, Indonesia. PT Cemindo Gemilang is a member of the PT Gama Group and one of Indonesia’s growing companies with a focus on the cement industry. The group is currently building a 10 000 tpd clinker plant, the largest plant output in Indonesia. The two Claudius Peters lines will be fully equipped with vibrating screen; level indicator; rotary feeder; 8-spout rotary packer with a capacity of 2400 bags/h for 50 kg bags; bag applicator cassette, bag discharge belt, bag cleaning station and control PLC/MCC. The start-up of the two packing lines will be around October this year.

The Chinese Sinoma International Engineering Co. Ltd is a state-owned design and research institute for the Chinese cement industry supplying engineering, equipment procurement and general contracting services to the Cement Industry in China and abroad. In March 2013, Sinoma awarded Claudius Peters a contract for the delivery of a 7500 tpd capacity ETA Cooler, with roller crusher for a new kiln line in Indonesia. The ETA Cooler is the latest generation of clinker cooler with improved cooler efficiency and low maintenance. The new cooler, an ETA 1087/84S model, comes fully equipped with a static inlet (HE-Module) with 10 rows, eight individual control lanes with 2-stage operation and a roller crusher RB 426-5 EM with five rollers in the middle stage. It will be installed at the PT Semen Bosowa Maros plant in Ujung Pandang, South Sulawesi with start-up planned before September 2013. Currently the clinker capacity of the plant is 2.5 million tpa but with the new Kiln Line 2, the entire site will have a production capacity of 5.2 million tpa. PT Semen Bosowa is one of the leading cement manufacturers in eastern Indonesia. Nationally, Bosowa controls 6% of the market share, but with such a positive future outlook in the Indonesian cement industry, Bosowa plans to increase its market share up to 20%.

Medcem, part of Eren Holdings, recently ordered three cement silos for the storage of raw meal and cement for a greenfield cement plant. Medcem’s new plant will be located in Mersin, Turkey it has a clinker capacity of 10 000 tpd clinker and is considered to be the largest clinker production plant in the country.

Claudius Peters will supply a state-of-the-art raw meal blending silo with a diameter of 24 m and capacity of 20 000m3 and two Multicell silos (each with 30 000m3 capacities) for storing different kinds of cement.

Claudius Peters will also supervise the erection and commissioning of the equipment. Startup is scheduled for March 2014.

Holcim is the biggest cement producer in Switzerland, operating three plants. Earlier this year Claudius Peters and strategic alliance partner, Thorwesten, were awarded the contract to provide facilities to the Holcim plant in Siggenthal, where they will be using ground lignite dust for the cement kiln firing. The Claudius Peters supply includes wagon unloading to a capacity of 150 tph; dosing equipment and pneumatic conveying at approximately 20 tph. The direct burner injection is carried out by means of pneumatic conveying, which has a length of more than 100 m with rotary feeder injection. Claudius Peters won over Holcim with their innovative concept of only one conveying line unloading three wagons at the same time, which also has the advantage of reduced energy consumption for the conveying air generation. Commissioning is to a very tight programme and will take place during the third quarter of 2013.

Read the article online at: https://www.worldcement.com/europe-cis/18072013/claudius_peters_announces_contract_details_56/ 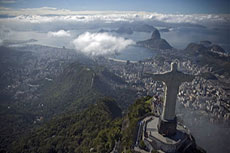 FLSmidth will supply a VRM to Cia. De Cimento Itambé and carry out a greenfield project for Companhia De Cimento Da Paraíba.

This latest order brings the number of Pfeiffer mills owned by Shree Cement up to 24, making it Gebr. Pfeiffer’s largest single customer.