A recent poll conducted by Building Magazine has suggested that 63% of construction professionals believe that staying in the EU would be the best overall outcome for the industry.

Over 1300 professionals took part in the survey. Key concerns highlighted if the UK leaves the EU were a potential fall in foreign investment, higher labour and material costs and house price volatility.

Commenting on the upcoming vote, Mace chief executive Mark Reynolds said: 'I believe it is of vital importance for both the construction industry and UK plc that we remain in the EU.’

“Not only does membership of the EU give us access to the European market, which allows us to export services and recruit the best talent, but leaving the EU will deter investment and add further delay to infrastructure decisions that are crucial to the country’s long-term economic future.”

Other business leaders within construction who have spoken out in favour of staying in the EU alongside Mace include the Chairmen of construction consultants Mott McDonald and property services experts JLL.

Editor of Building Sarah Richardson said: "The results of the survey make it clear the level of concern over the impact a Brexit would have on the construction industry. This is partly due to worrying signals from investors in commercial projects, but also because of the impact on skills shortages in the sector.”

“The industry relies heavily on migrant workforces from the EU – most obviously in its site labour forces but also in professions such as architecture, where prohibitively high costs of education in the UK act as a barrier to entry.”

“A vote to leave the EU, with the restrictions on free labour movement that would ensue, would exacerbate what is already a looming crisis for the construction sector and in all likelihood have a knock-on impact on the affordability of projects at a time that the UK desperately needs to expand its supply of housing and school places, and upgrade its ageing infrastructure."

Read the article online at: https://www.worldcement.com/europe-cis/17052016/poll-suggests-construction-professionals-advocate-staying-in-the-eu-115/

BULKEX16 has announced Martin Downey as its key speaker

Despite confidence levels being in decline since 2014, industry executives continue to be confident about the prospects for growth in the industry. 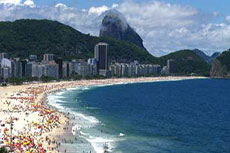 Cementir Holding has released its results for 1Q16