According to a Bloomberg report, after identifying new areas to reduce costs, HeidelbergCement AG has raised its savings forecast from last year’s purchase of Italcementi SpA for the second time in three months.

Regulatory approvals have been granted in India, Canada, Morocco and Australia, with talks in Europe and the US ongoing.

Fourth-quarter operating income prior to depreciation rose 11% to €696 million. Revenue rose 2% to €3.4 billion.

The cement maker said the US and U.K. markets are showing signs of continued recovery, while Europe is benefiting from the weak oil price.

Read the article online at: https://www.worldcement.com/europe-cis/17022016/heidelbergcement-increases-italcementi-target-520/ 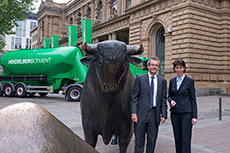 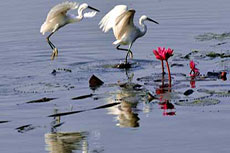 HeidelbergCement has extended the reach of its Biodiversity Conservation Programme and cooperation with BirdLife International.

HeidelbergCement has signed an agreement with George Forrest in order to expand its cement production capacity in the Democratic Republic of the Congo (DRC).