Holcim and Lafarge have been working with the European Commission to see their merger through the Phase I investigation, which looks into the potential impact the merger would have on market competition. Having presented a list of proposed investments in October, today the companies announced that the European Commission has approved the proposal with only a slight change in the divestment plans in France. The divestments now look like this:

Professor Dr Wolfgang Reitzle, designated Chairman of the Board of Directors and Bruno Lafont, designated CEO of the future combined company, said: “We are very pleased with the positive decision of the European Commission. It also reflects the quality of the preparatory work performed by both teams so far in creating the most advanced company in our industry. With this decision, we remain firmly on track for a closing in the first half of 2015.”

Initial bids for assets have been made, and binding bids are due next month. Potential buyers for the European assets will have to be pre-approved by the European Commission. The divestments remain subject to the completion of the merger, including a successful public exchange offering and approval by Holcim’s shareholders in the 2Q15.

In the press release announcing this latest development, the companies state: ‘The divestment process will be carried out in the framework of the relevant social processes and the ongoing dialogue with the employee representatives’ bodies. In the remaining jurisdictions where regulatory clearance is still pending, both companies will continue to cooperate with the relevant authorities to satisfy regulatory requirements. The closing of the planned merger is expected in H1 2015, with the aim of creating the most balanced and diversified portfolio in the industry, operating in 90 countries and creating superior value for its stakeholders and customers.’

Read the article online at: https://www.worldcement.com/europe-cis/16122014/lafarge-holcim-merger-cleared-in-europe-18/

Brazil’s competition authority has approved the LafargeHolcim merger proposal on the condition of a number of asset disposals; Colombia’s Cementos Argos has announced that it will no longer participate in the bidding process for divested Lafarge and Holcim operations in Brazil. 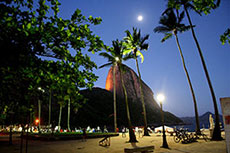 Indian media is reporting that UltraTech Cement Ltd is ‘re-evaluating’ its bid for the Brazilian assets of the Swiss cement manufacturer, which are being divested as part of its merger with Lafarge.

Reuters is reporting that the merger between the two cement giants is likely to be approved in the EU, though further divestments may be necessary.