The French economy stagnated in 2Q15 after the positive performance recorded in 1Q15 (+0.7%) which had followed either meagre GDP growth rates or no growth for six quarters. However, real GDP levels reached record highs, and in fact the year-on-year growth rate in 2Q15 was the highest since 4Q11(+1%). The zero quarterly growth stemmed from the plunge in private fixed investment (-2.3%) reflecting very low business confidence, which offset the moderately positive performance of exports (+0.7%) and the tiny growth of final household consumption (+0.1%).

Industrial production fell by -0.8% quarter-on-quarter further to the +1.9% growth rate recorded in 1Q15, which resulted nevertheless in a yearly increase of +0.9%, i.e. still around the levels observed in 3Q13. Industrial production levels are 17% below the record high in 4Q07 and some 5% below the value of 1Q11 (the highest ever recorded after the onset of the crisis in 4Q08).

The fall in quarterly cement manufacturing data continued as the index dropped by -4.6% on a quarterly basis, equating to a very severe -11% plunge in yearly terms, falling to another record low in 1Q15, i.e the seventh consecutive quarterly fall since the relatively high levels reached 3Q13.

Construction sector conditions in 2Q15 continued to mirror the above developments in cement manufacturing activity. The overall construction production index fell for the seventh consecutive quarter (by -1.3% on a quarterly basis). Developments in its two sub-sectors continued to be tightly correlated, as residential construction production went down by -1.1% and civil engineering production by -2.6%, resulting in new record lows. As in previous quarters, 2Q15 figures revealed that the peak-to-trough loss – i.e. since the peak of the booming construction cycle in 3Q07 - has been more pronounced for public construction (-35.2%) compared to that of the private sub segment (-20.4%).

Real construction investment continued to plunge, i.e. -0.9% (for the eighth consecutive quarter, translating into another pronounced decrease year-on-year (of -3.3%).

The recovery of the Italian economy was confirmed by 2Q15 figures, as real GDP increased by +0.3% compared to the previous quarter (revised from the+0.2% growth rate according to the provisional estimate) and by +0.6% year-on-year, further to +0.4% in Q1 15. The +0.6% GDP growth target for 2015 (as forecast by the European Commission) has already been achieved (i.e. should the next two quarters of the year result in zero growth). The positive GDP growth in 2Q15 came from a recovery in final consumption household – which had been the weakest component for a long time – signalling an improvement in household confidence and expectations, and reflected some improvement in the labour market such as the slight increase in employment in 2Q15. Investment in equipment, which had provided the strongest contribution to GDP growth in 1Q15, rose by +2% while exports continued to slow down as a result of lower external demand.

Equally, industrial production continued to somewhat improve as it recorded the third consecutive quarterly increase (+0.4%), slightly lower than in 1Q15 (+0.5%). In year-on-year terms, however, the variation was finally positive after fourteen consecutive quarterly falls (by +0.6%), albeit due to a comparison with the very low levels in 1Q14. However, industrial production remained around low levels in absolute terms (i.e. below the level of 2Q13) and the cumulative fall compared to the peak of 3Q07 remained significant (-23.7%).

Construction activity slightly recovered on a short-term basis in line with general macroeconomic improvements. Construction production, after the temporary quarterly upturn of +0.4% in 1Q15, dropped once again (by -1.1%) and recorded another year-on-year fall (of -2.6%). The construction sector continued to be negatively affected by weak housing market conditions (with supply continuing to exceed demand, as witnessed by another quarterly drop in residential property prices, i.e. -0.7%) – on the residential construction side – and persisting public finance austerity that seriously hampered infrastructure spending.

Gross fixed investment in construction decreased by -0.8% in real terms compared to 1Q15 after a temporary, mild upturn in 1Q15 (+0.3%), and it translated into another yearly drop (by -1.9%) resulting in a continued year-on-year decrease since 4Q07. In detail, real residential and “other construction” (i.e. non-residential and civil engineering) investment both went down on a quarterly basis, with the latter experiencing a dramatic cumulative fall of -39.6% since 1Q08.

The cement manufacturing production index recorded almost flat developments in 2Q15 (i.e. a growth of +0.1% on 1Q15) and remained around record lows, resulting in a cumulative peak-to-trough fall (i.e. since 1Q08) of -55.8%.

Read the article online at: https://www.worldcement.com/europe-cis/16102015/cembureau-quarterly-economic-report-part-three-france-italy-780/ 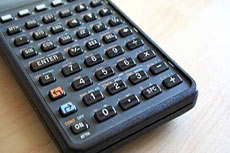 Slowing GDP momentum across the EU is indicated in CEMBUREAU’s 2Q15 report.

CEMBUREAU has taken note of the Commission’s proposals on EU ETS post-2020 and will now proceed to a more in-depth analysis.