Atlas Copco’s Portable Energy division has celebrated the 25th anniversary of its worldwide headquarters. The Yellow Plant is a 27 000 m2 facility at the heart of the company’s Airpower site in Wilrijk (Belgium). It has been the global competence centre for the development, marketing and production of portable compressors, and associated equipment, since 1991.

The 25th anniversary was marked by an official celebration involving the plant’s 300 plus employees, including more than 50 members of staff who have worked at the plant since it first opened.

Among the latest innovations to emerge from the Yellow Plant is the new 8 Series compressor range. These energy-efficient, lightweight compressors have received positive reviews from professional users of portable compressors across the world. Peter Lauwers, President of the Atlas Copco Portable Energy division, explained, “Over the years, we have launched technologies and equipment that remain unrivalled to this day. Our compressor range, with the indestructible HardHat® canopy, is just one example. With the 8 Series, which was developed and built in-house, we push into new performance territory once again."

As it celebrates 25 successful years in Wilrijk, the Atlas Copco Yellow Plant team keeps a firm eye on the future. “Our focus on sustainability has resulted in compressors fit for multiple applications, lowering the total cost of ownership for our customers and offering a Tier 4 final engine solution for the lowest emissions levels and the highest fuel efficiency. Connectivity is another important trend driving our product development,” said Lauwers. “Our customers want to be continuously able to monitor their compressors and by doing so optimise their operations.”

Ronnie Leten, the CEO of Atlas Copco, expressed his appreciation for the Yellow Plant employees. "I always refer to Atlas Copco Airpower as the university of compressor technology. Our expertise travels the world and brings the world to Wilrijk. Atlas Copco portable compressors have made the work of our customers easier, safer, more efficient and more sustainable. That is an accomplishment to be proud of, especially on a special day like this one."

Read the article online at: https://www.worldcement.com/europe-cis/16092016/atlas-copco-portable-energy-celebrates-plant-anniversary-277/ 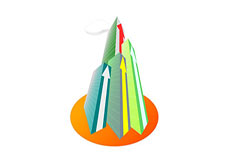 Atlas Copco has agreed to acquire the assets of Capitol Research Equipment Inc.

Atlas Copco has launched ‘Blue is the New Green’, a new employee-led sustainability initiative that aims to reduce the company’s resource consumption on a global scale. 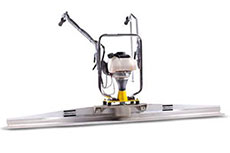