Once the technological solution had been established, the project team entered the contracting phase. Both the European community and Czech government offered contributions to the project costs, since it met the requirements for inclusion in ongoing programmes for environmental protection and plant modernisation. 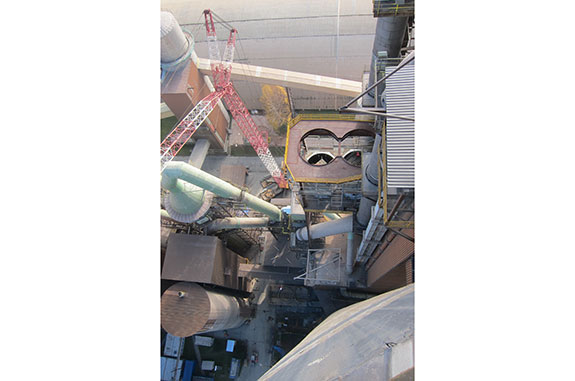 The selection of the supplier followed strict procedures. A tender was prepared and published so that it could be made available to any company and quotations were sent on the specified deadline and opened in the presence of representatives of the company, the government and the bidders themselves. To be valid, the selection process had to include at least three bidding companies.

The criterion for proposal evaluation was fixed and described in the tender. Each bidder received a score, based on economical (60%) and technological (40%) evaluations on the proposed solution. The complete process of the supplier selection was successful and fulfilled all the requirements to access public contributions. Together, the EU and Czech government grants covered about 20% of the project costs.

The contract was signed on 18 June 2013 and the engineering was completed in November 2013. In the meantime civil mobilisation took place, beginning with the concrete works. The mechanical crews carried out the preparatory works and the displacement of equipment to be removed. At the beginning of winter, the first structural and technological steel was delivered to the site and the erection phase continued until February 2014. Once the company completed the electrical connections and functional logic, the fire was lit again on 5 March 2014. A TEC subcontracted Aliacem Prerov, a local Czech company, to carry out the construction and erection.

During the technical definition of the project and the procurement phase, the company headquarters in Italy supported the local team, who then managed the project during erection until the successful startup.

After the kiln start-up, the production rate was progressively brought up to the planned capacity of 3000 tpd of clinker. Process parameters were in the expected ranges and the only anomalous value was observed in the high temperature of the separate combustion chamber bottom. A TEC was requested to analyse the problem and find a solution. The company proposed a modification of the fuel injection pipe in order to allow for better heat exchange between the fluff and the gas. Once this modification had been carried out, the temperature in the chamber decreased below the warning limit.

In its first few months of operation, the kiln has worked with a specific heat consumption of 3410 kJ/kg of clinker at 4000 Nm3/h bypass. The average coal/alternative fuel ratio is now 56:44, achieving a saving of CZK9.5/GJ on thermal energy costs.

The kiln line is now in the condition to burn up to 100% of alternative fuels in the calciner, corresponding to a total of 70% heat substitution. Limitations include, for the time being, the capacity of fluff storage and dosing to the combustion chamber (at 3 tph). 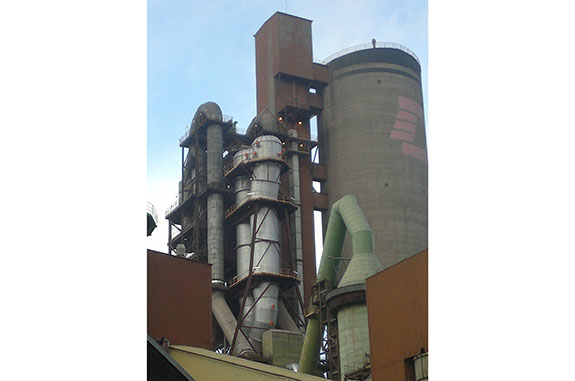 The second stage of the Hranice modernisation project is now in its engineering phase. As part of the project, the company will install a new storage hall with a total capacity of 4500 m3, proper handling equipment to clean the material of foreign objects, and increase dosing capacity up to 10 tph. This installation will allow the kiln line to reach the target Buzzi Unicem has set for the Hranice plant at the desired heat substitution level.

Written by Giovanni Battista Auxilia and Stefano Comoglio, Buzzi Unicem, Italy. This is an abridged article from the January 2015 issue of World Cement. Subscribers can read the full issue by signing in. Non-subscribers can view a preview of the issue here.

Read the article online at: https://www.worldcement.com/europe-cis/16012015/alternative-fuel-projects-at-cement-hranice-part-2-92/

Protecting, preserving, and restoring the environment are major goals for modern cement producers. In this webinar, the product and industry experts from SICK will talk about the different technologies used to measure exhaust gases from cement production on a continuous basis and the differences between process gas and emission monitoring. Register for free today »

The Portland Cement Association (PCA) has announced the winners of the 2021 Chairman’s Safety Performance Awards, which recognise outstanding safety performance in the manufacturing of Portland cement.

Protecting, preserving, and restoring the environment are major goals for modern cement producers. In this webinar, the product and industry experts from SICK will talk about the different technologies used to measure exhaust gases from cement production on a continuous basis and the differences between process gas and emission monitoring.