Cemex has hit 2 million t of material transported by rail earlier in the year than ever before and is on course for 2016 to be the best year for use by this mode of transport. It is the fourth successive year of increasing rail transportation of materials from Cemex operations, primarily quarries. 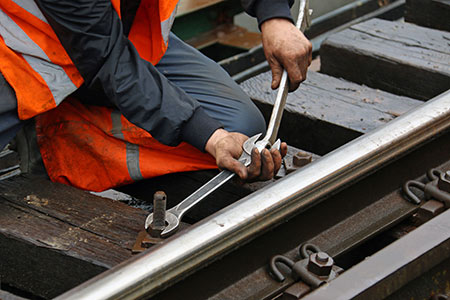 Cemex works in partnership with DB Cargo UK running approximately 40 train loads a week, mostly, out of Dove Holes in the High Peak district to 11 locations around the country. The aggregates transported are primarily used in construction projects, mostly in concrete, the most consumed commodity in the world after water.

“Rail has considerable economic and environmental benefits compared to road transportation with significant CO2 savings and on our busy roads, is a major time saving. The 2 million t by rail is equivalent to 65 000 truck movements taken off our congested road network. It’s great to see even more moving across the UK by rail,” comments Mark Grimshaw-Smith Head of Cemex Rail and Sea.

Jon Clarke, Account Manager at DB Cargo UK, said: “This is a tremendous effort from everyone involved. We are proud to be an integral part of Cemex’s supply chain, responsible for moving this product by rail safely, efficiently and in a way that minimises the effect on the environment.”

Cumbrian PSV (Polished Stone Value) hardstone goes to Washwood Heath near Birmingham for use in asphalt, limestone is transported to Birmingham for PFI work and to London for major construction projects like Crossrail and large limestone rocks go to East Anglia for burning in kilns to produce lime that purifies the juice from sugar beet in sugar production.

There are a total of 14 receiving depots serving key areas of the country.

Read the article online at: https://www.worldcement.com/europe-cis/15112016/cemex-uk-transports-more-than-ever-by-rail-saving-truck-journeys/