Kavkazcement organised a Day Event for its enterprise customers that was held on 8 October in a picturesque nature reserve in the village of Dombai. 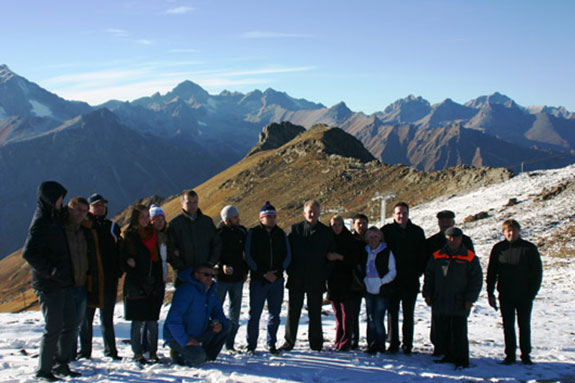 Representatives of companies in the North Caucasus and Southern federal districts, including the Ust-Dzhegutinsky, Dagestan, Rostov, Krasnodar and Stavropol regions, attended the event.

The General Director of Kavkazcement, Igor Nikolenko, informed partners about the changes that have occurred in the factory and the latest achievements of the company. The Head of the Laboratory, Elena Tarasenko, answered questions from customers about the quality of the cement being produced. Chief Technologist, Eugene Sera, gave a presentation that explained the modernisation of the plant. During the meeting, particular attention was paid to the supply and the interaction of the sales offices with consumers.

Finally, there was a tour of the scenic Dombai glade, which is in the mountainous are of Kerachev-Cherkessia, with guests taking a cable car to one of the mountain peaks, which offered a magnificent view of the Dombai clearing.

Read the article online at: https://www.worldcement.com/europe-cis/15102015/kavkazcement-holds-day-event-for-partners-783/

Sergei Susev, the Vice-President of production for the Eurocement Group introduced the new head of Kavkazcement.

Eurocement President Mikhail Skorokhod met with the Head of the Republic of Mordovia to talk about the future potential of Mordovcement.

Mikhail Skorokhod visited the plant, which is undergoing a massive investment project.

The company is building a 3 million tpy dry process cement plant in the Karachay-Cherkess Republic, Russia.