“Construction is currently experiencing sharp falls, both for orders and output as a result of severe cuts in the government’s capital spending, coupled with a very subdued private sector recovery. Construction has already lost £4.5 billion of work this year as the industry returned to recession for the third time in five years. Prospects for the industry going forward are bleak,” stated CPA Economics Director Noble Francis.

“Although growth is expected in 2014, the next 12 – 18 months are likely to cause considerable pain to an industry that is already reeling from a prolonged decline. Considering how important construction is to the economy as a whole, and how many times government has stated that construction is essential for recovery, these latest forecasts will do nothing to improve confidence in the UK economy,” added Francis.

In its statement, the CPA urges the government to switch to capital investment for essential housing and infrastructure, as well as encourage private investment in the construction sector.

Read the article online at: https://www.worldcement.com/europe-cis/15102012/cement_construction_decline_uk_704/ 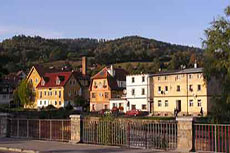 Paul Maxwell-Cook introduces our annual World Review by summarising the latest news and reports from across the global cement industry, turning first to Europe.