Malcolm Construction has purchased a TA300 articulated hauler from Terex Trucks for use in its plant hire division.

Adding to its existing fleet from Terex Tucks, Scotland’s largest haulage company put the 20 t capacity TA300 to the test as it offered its services alongside excavators at a windfarm project in South Lanarkshire.

Specified with scissor tailgates, flotation tyres and the Malcolm Group’s unique wrapped livery, the articulated dump truck was supplied by Terex Trucks’ UK dealer, TDL Equipment. The machine, which is now on the outskirts of Glasgow adding muscle to a landfill restoration project, showcased what 65 years of manufacturing know-how looks like when it got to work near the village of Lesmahagow for the development which has received more than £8m in funding and could power up to 300 homes.

Speaking about the sale, Lyle Sibbald, regional sales manager at TDL Equipment, said: “Malcolm Construction is a long-term customer of TDL. I think one of the reasons they like Terex Trucks is due to the very reliable, high performing machines. Another is because they’re a Scotland-based firm and in close proximity to the Motherwell factory.

“Malcolm was looking at other brands but knew that they wouldn’t get the bespoke service and the great support from any other company due to the great customer-dealer- manufacturer relationship they have with TDL and Terex Trucks.”

Read the article online at: https://www.worldcement.com/europe-cis/15072016/malcolm-construction-buys-terex-trucks-hauler-537/ 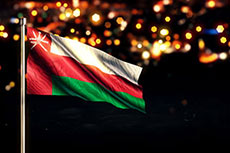 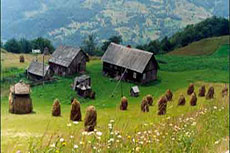 Terex Trucks has appointed ETS as its official distributor in Ukraine. 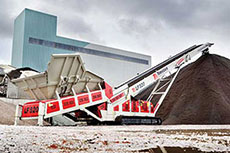 Telestack are anticipating a buoyant and exciting Hillhead as they plan to showcase their range of equipment. 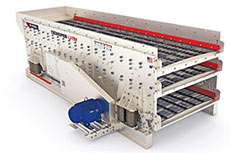