Timetric’s Construction Intelligence Center reports that construction in Spain is likely to pick up in 2015 after 7 years of contraction. The industry’s output value is expected to rise at CAGR of 2.72% in real terms over the next 4 years, bringing about growth in the Spanish construction industry from US$209.7 billion in 2014 to US$239.8 billion in 2019.

Economic recovery, foreign investment and a return of business confidence are driving this growth, which is in contrast to the -7.1% decline seen during 2010 – 2014.

Sina Zavertha, Economist at Timetric’s CIC, said: “The Spanish housing market is on a path to recovery, as evidenced by 0.2% increase in house prices in nominal terms in the fourth quarter of 2014 compared to the previous quarter of the same year. Moreover, the residential construction market is anticipated to flourish over the forecast period, as foreign investors look to purchase both new and second-hand properties.”

Infrastructure construction was the second-largest market in the industry. The government is investing in modernisation and expansion, with a focus on rail and road infrastructure.

Read the article online at: https://www.worldcement.com/europe-cis/15062015/spanish-construction-industry-set-for-growth-13/

The competition authority is carrying out an investigation into the cement, concrete, aggregates and mortar markets, investigation possible anticompetitive behaviour. 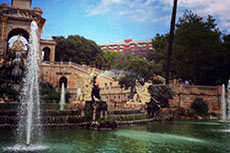