According to the European Cement Association’s (Cembureau) Quarterly Economic Report for 1Q14, the cement manufacturing index activity increased by 11.7% q/q in Germany. Compared to the corresponding quarter in 2013, the index grew by 31.2%, following a historical low in 1Q13.

Industrial production achieved its fifth consecutive q/q rise in 1Q14, up 0.8% on 4Q13, however the construction production index decreased by 0.3% q/q.

The full report can be found via Cembureau’s website, www.cembureau.eu.

In June, Holcim announced that the European Commission had given unconditional clearance for its acquisition of Cemex West, Germany. The acquisition includes two grinding mills, a cement plant, 22 aggregates quarries, a slag granulator and 79 ready-mix plants. Cemex will continue to have a presence in the country through its operations in the south, east and north of Germany. The planned purchase forms part of a series of interlinked transactions with Cemex, designed to optimise both companies’ portfolios in Europe. The transactions are separate to the LafargeHolcim merger.

Meanwhile, Lafarge and Holcim have listed Lafarge’s assets in Germany among the operations that they plan to divest as part of their merger proposal. The divestments aim to avoid any potential competition issues with regulatory bodies.

For more information about the cement industry in Europe, take a look at Paul Maxwell-Cook's 'Global viewpoint: the cement markets in East and West Europe'.

Read the article online at: https://www.worldcement.com/europe-cis/14072014/german_cement_industry_update_82/ 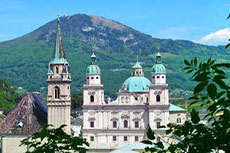 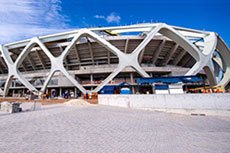 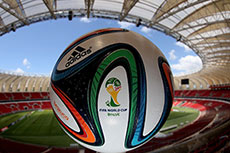 Trinidad Cement Ltd’s Cimento Fort was among the cement brands utilised in the construction of the Amazônia Arena in Manaus, host to a number of World Cup matches.