Following a recent decision by the EU College of Commissioners to adopt new Environmental and Energy State Aid Guidelines, UK energy intensive industry groups have expressed disappointment that help with high energy costs promised by the UK government will now not be available to the cement, ceramics, kaolin and ball clay and lime industries.

The decision made in Brussels undermines Osborne’s statement in the Budget and contradicts what Business Secretary, Vince Cable, stated in the House of Commons.

Cable explained: “We believe in it [energy intensive industry], and it is important that it is able to compete on a level playing field.  That was the purpose of the changes announced in the Budget and we are now actively pursuing state aid clearance to make sure that these compensation mechanisms go through.

“The only concern from the industrial point of view is that energy-intensive industries should have those costs offset. Under the mechanism the Chancellor has proposed, which we are now pursuing through the European Commission, they will be offset.”

While some energy intensive industries will receive compensation against the UK’s unique carbon price support tax, sectors such as cement and ceramics will not benefit due to a technicality in the new guidelines, which excludes electro-intensive manufacturing by their members.

Commenting on the impact to the competitiveness of these industries, the CEOs of the two trade associations, Nigel Jackson for the Mineral Products Association and Laura Cohen for the British Ceramics Confederation, released the following statement:

“The UK government has recognised the importance of our vital manufacturing industries to the economy and jobs. They want to help our members stay in business in this country where we face some of the highest electricity costs in Europe and are vulnerable to rising imports. Yet in the face of their best intentions, UK Ministers have been thwarted by these new rules from Brussels. Our members will pay the price of this unequal treatment, further undermining their competitiveness globally and specifically in Europe. We call on George Osborne and Vince Cable to work urgently with us to find a way of delivering on UK policy whilst at the same time securing the future of these essential industries and the jobs we support.”

Read the article online at: https://www.worldcement.com/europe-cis/14042014/decision_impedes_uk_reduced_energy_costs_44/ 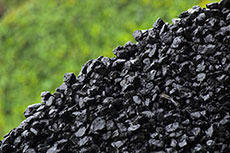 The UK Minerals Forum’s Working Group on Future Mineral Supply in the UK has published a report on the production and consumption of minerals over the last 40 years.

The Mineral Products Association publishes ‘Cementing the Future – Sustaining an Essential British Industry’, calling on the UK government to help secure the future of the country’s cement sector.