Since its opening in 1998, Kieswerk Lucht’s Buchholz site is the company’s major sand and gravel operation. It covers approximately 13 ha., with an additional 30 ha. of excavation area approved at the site, plus further reserves. Materials processed at the site are being used as filler throughout the Dithmarschen area, supplied to companies within a 25 km radius.

Of the material found at Buchholz only 5% of the standing raw material is gravel, proving particularly useful in construction applications as it is nearly completely free of organic contaminates. This has allowed the Lucht operation to be focused on economical dry screening technology, with the main products being unwashed sand fractions of 0/2 mm and 0/3 mm. The company refrains from further processing of the gravel fraction as the larger uncrushed road gravel screening fractions complement their product range, being further supplemented by externally purchased products; for example sub-base, which is then stored at the Buchholz site.

The processing of the material is only part of the production requirements, with any movement of material within the site being handled by two 5 m³ wheel loaders that are used across the various different levels of the quarry. This is an important facet of the operation, as each quarry face can rise up to 6 m, whilst reaching down 25 m. Fortunately, the loaders are able to utilise calibrated weighing equipment for use in quarrying, handling and loading and are assisted by a tracked excavator, which is mainly used for slope stabilisation and modelling.

Material production at the site is undertaken by mobile screening plants. Initially the company used wheeled equipment, later investing in tracked machinery to allow for easier positioning without additional ground preparation. Even though the specific screening production requirements at Buchholz are not particularly demanding, plant mobility is essential as the year round operation is adjusted to ensure high productivity with the most economical results.

The current screening operation at Buchholz is undertaken by two Sandvik Construction QA340 double-deck Doublescreens. The machines are able to process 500 tph of gravel and 350 tph of sand, which are both required during high production peaks. The first QA340 was purchased in 2011 and the second at the end of 2012. Sandvik Constructions’ authorised distributor in the area, Oppermann & Fuss, supplied both screeners and full aftermarket support.

The QA340s have a patented Doublescreen technology used by the screener. This allows the screening performance of the 27 t plant to adapt exactly to the given quality and conditions of the raw material. “We purchased the first Doublescreen plant back in 2005. Specifically in sand applications the two separate screen boxes, with separate drives, excel with a high acceleration of the material. According to the material’s condition we can easily adjust the first screen box to a steep angle and get even higher efficiency,” said Reimer Lucht, the senior member of the family responsible for the business.

The total screening area of the QA340 measures 5 m x 1.5 m on both the top and bottom deck. Operational flexibility is maximised through the machine possessing the facility to change the screening media or be serviced through the hydraulic raise functions of the main and side fine conveyors. Lucht’s QA340s currently operate with a 40 mm square mesh on the top deck and a 3 mm Harpscreen on the bottom deck, with the remote controlled double deck vibrating grid (on both machines) fitted with a 80 mm square mesh on the 7 m³ feeder.

The two QA340s are able to provide an average sand production of 350 tph, producing fractions of 0/2, 2/35 and 35/80 mm. Additionally, through the use of separate stockpilers, the company is able to buffer these high production rates. Use of this additional equipment allows for the stockpiling capacity of the end product (0/2 mm), to be up to 10 000 t being facilitated by the 24 m stockpile, which also possesses a discharge height of 10 m and is located at the edge of the 6 m face on the lower level.

An additional benefit for Lucht’s operation has been the improved fuel efficiency derived from the Sandvik screeners. The long-term average fuel consumption of the Lucht’s Sandvik QA340 was found to be approximately 15 l/h for both 75kW plants. One unit is nearly stationary, with only two movements per year, whilst the second unit follows the excavation activities more frequently, or switches position after a short screening media change (depending on the required production of defined gravel fractions). “If I additionally calculate the 5 l/h consumption of the stockpiler against the 20 l/h of the wheel loader, the whole operation definitely becomes more efficient,” added Lucht.

Sandvik’s dealer and service partner, Oppermann & Fuss, has forged a five-year partnership with Kieswerk Lucht. Key to the high levels of aftermarket customer care is the regular service (or larger repairs) delivered by the mobile Oppermann & Fuss service operation. However, more routine maintenance is undertaken by Lucht staff, as each screener is supplied with its own service container, with all the necessary small parts, lubricants, fluids and tools included.

Read the article online at: https://www.worldcement.com/europe-cis/14012014/sandvik_mobile_screening_equipment_guarantees_high_output_for_kieswerk_lucht_12/ 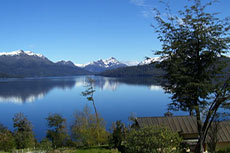 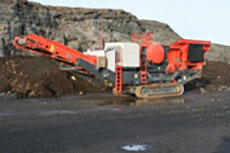 Two of Sandvik’s heavy duty crushing machines have aided production at a quarry in Scotland. 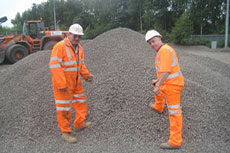 In April 2010, Wheales Environmental Ltd, a UK based crushing contractor, contacted Sandvik Mining & Construction for advice at one of their mobile VSI crushing plants.