Bernd Holz, Managing Director of Amman Verdichtung GmbH and Ammann Sales Director Europe (North), has taken up the Committee for European Construction Equipment (CECE) Presidency on behalf of the Czech association SVSS. His term began on 1st January 2016. Holz succeeds Eric Lepine, who served as President in 2014 and 2015.

“The CECE priorities for the next term include the completion of the new engine exhaust emissions legislation in all its technical detail, as well as activities in the fields of outdoor noise regulation and machine safety standards, including the drafting of a new standard for machine visibility”, said Holz.

CECE calls on EU legislators to conclude the engine emissions file for non-road mobile machinery soon, as discussions are still ongoing despite 2015 being the target date for a final agreement.

European engine emissions limits will soon be the strictest worldwide. Departing CECE president Lepine commented: “The complexity on our production lines will only increase further, having to serve differently-regulated markets across the globe all at the same time. The re-alignment of limit values with the USA would be a minimum condition to look out for in the coming years.” EU regulators should, furthermore, ensure a level playing field in Europe, whether in the coordination and harmonisation of local requirements for low-emission zones, or in the enforcement of market surveillance, preventing non-compliant machines from entering EU terrain and distorting the market.

Thanking Eric Lepine for his commitment in the past two years, Holz added: “CECE will continue its work to further strengthen the profile of the European construction equipment sector, reinforcing its communication towards EU policy makers and other stakeholders by describing and promoting the importance of the sector for the European economy and society at large.

An item of particular attention will also be the issue of skills development and the availability of future engineers. “Our sector needs well-skilled young professionals to conceive, design, manufacture and maintain the machines of tomorrow. CECE members and manufacturers already undertake several activities at national level to illustrate the attractiveness of developing a career in the construction machinery and equipment industry. We will make an effort to put these initiatives in the spotlight and add a European dimension where relevant”, said Holz.

Read the article online at: https://www.worldcement.com/europe-cis/12012016/bernd-holz-takes-up-cece-presidency/

Europe should see a moderate recovery in construction spend in 2016 and 2017.

At their joint political summit in Brussels, CECE and CEMA presented five priority actions for a successful digital transformation of the construction and agricultural machinery industries. 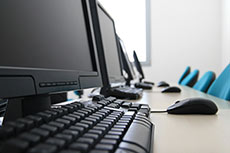