Following a meeting of the Board of Directors, Cementir Holding has forecast the year ahead.

The group expects to achieve an EBITDA of about €190 million, with planned industrial investments of around €65 – 70 million, based on conservative assumptions, especially for Turkey where the geopolitical situation is still unstable. The group forecasts a growth in sales volumes for both cement and ready-mix concrete, with operations also expected to be improved by waste treatment subsidiaries in Turkey and the UK. It also expects a reduction of fixed costs, as well as efficiency savings on energy costs.

The Board of Directors has also approved a new organizational structure that is designed to strengthen management at a regional level and ensure more effective coordination of production activities and business development for local subsidiaries.

As of 1 January 2016, the Group's new organisational structure will be centred around four areas: the Nordic & Baltic and USA Region, which includes the United Kingdom, Poland, Iceland, Russia and the United States, in addition to the Scandinavian countries, the Eastern Mediterranean Region, which comprises Turkey and Egypt, the Asia-Pacific Region, with China, Malaysia and Australia, and, lastly, Italy.

Riccardo Nicolini, the current General Manager of Cementir Holding SpA, will head the Nordic & Baltic and USA Region. Paolo Zugaro, current CEO of Nordic & Baltic, will manage the Eastern Mediterranean Region. Taner Aykaç, who currently holds the position of CEO of Cimentas in Turkey, will become Chief Business Integration Officer at Cementir Holding and will manage the Group’s post-acquisition integration projects. As a natural consequence of the overall organisational restructuring, the role of General Manager will be eliminated and the Parent functions will all report directly to the Chief Executive Officer. The organisational changes include the creation of two new functions of the Parent: Logistics, headed by Ansko Neumann, and Institutional Relations, which has been assigned to Andrea Colucci, both reporting directly to the Chief Executive Officer.

Read the article online at: https://www.worldcement.com/europe-cis/11122015/cementir-holding-forecast-2016-and-announce-reorganisation-165/ 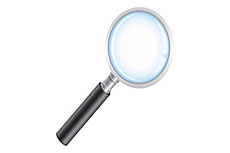 Four cement manufacturers are under investigation for coordinating price increases.

The September results for the UK construction industry indicates a decrease from 2014.

Cementir Holding has announced its 1H15. Revenue increased by 0.6% due to good performance of Scandinavian operations, counterbalancing the difficulties encountered in Turkey, Egypt, Italy and the Far East.