Specialist from the Voronezh branch of the Eurocement Group have made significant progress in the development of cement formulations with the characteristic required for the construction of roads with cement concrete pavements and rural concrete roads.

Eurocement has been working actively with design institutes and state corporations in order to discover the optimum cement formulation required for the construction of such roads. The Voronezh branch can produce cement for roads with concrete pavement through the production of clinker with a normalised mineralogical composition, which then has its content of alkali metal oxides reduced. During experiments, researchers were also able to change the structure of the clinker, which improved its grindability and stabilised the fineness of the cement.

The feasibility of switching to the construction of roads with cement concrete pavement is currently being actively discussed, having received support from both regional and federal authorities. Despite the fact that the cost of construction for such roads is higher than just using asphalt, concrete highway maintenance costs are 30 – 40% cheaper, and they have increased longevity. Further advantages include increased safety, as the water on such a surface disappears much more quickly, thus reducing the number of accidents. Concrete roads also tolerate seasonal changes in temperature, a key consideration in Russia.

Read the article online at: https://www.worldcement.com/europe-cis/11112015/eurocement-researches-concrete-roads-972/

Mordovcement is making an effort to source non-imported replacement for worn parts.

Mordovcement has launched a programme to reconstruct 9 km of railway track. 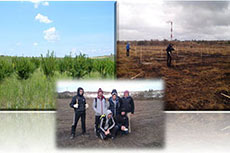 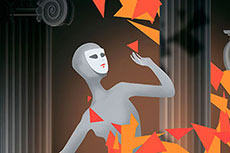 The Eurocement Group has supported the main theatrical event of the country for 10 years.