According to the latest report by Reuters, Titan reported a fourth-quarter loss on 10 March, damaged by an impairment charge for stopping the construction of a plant in the United States.

Titan announced that it booked a €12.4 million charge last year, after halting the construction of the cement plant in North Carolina, in the United States.

Demand for cement in Greece has been subdued due to a six-year recession in the country. Against this backdrop, Titan has increased exports and has had strong growth in the United States where it has been investing heavily.

Group sales rose 25.8% to €368.3 million, due to a double-digit increase in the United States, which accounted for half of the group's turnover.

For the full year, the company reported a 9% increase in net profit to €33.8 million.

Titan America LLC has announced that project economics no longer support the construction of a cement plant in Castle Hayne, NC. 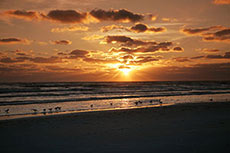 The cement plant in Medley, Florida, is committed to engaging with the community and has demonstrated this through its actions to raise breast cancer awareness and offering conservation education.

US-based Titan America LLC has formed ST Equipment & Technology to expand on its separation technology for flyash and mineral applications.

Titan America’s Deerfield Beach facility in South Florida has begun burning refuse in place of coal in an attempt to cut air pollution and reduce the amount of waste sent to landfills.