The Cementir Holding Board of Directors has released its preliminary consolidated results for 2015. Profit before taxes was in excess of €100 million, with growing revenues and EBITDA. The complete and definitive annual figures for 2015 will be examined and approved by the Board of Directors at the meeting scheduled for 10 March, and are currently being reviewed by the independent auditors.

“The Group ended 2015 with EBITDA in excess of the target of EUR 190 million. Improved performance in Scandinavian countries and Italy, plus the stable contribution of the Far East, offset the lower earnings in Turkey and Egypt caused by socio-political tensions across the Mediterranean and the Middle East, as well as the negative impact of the depreciation of some foreign currencies. In addition, net financial debt fell to below the forecast EUR 230 million, bringing the debt ratio (net financial debt/EBITDA) to 1.1, thanks to cash flow from operating activities and control of working capital and investments”, commented Francesco Caltagirone Jr., Chairman and Chief Executive Officer.

Revenues from sales and services came to €969.0 million, which is a 2.2% increase from 2014. This is largely due to the good performance of operations in the Scandinavian countries, Malaysia, Italy and Egypt, which compensated for the deterioration seen in Turkey and China, as well as the impact of the depreciation of some foreign currencies against the Euro.

Sales volumes of cement and clinker fell by 2.0% in 2015, primarily caused by the weakness of the Turkish market.

Net financial income totalled €4.0 million, which is an improvement of €8.6 million on the expense of the previous year. This was driven by the revaluation of financial instruments held to hedge commodity, exchange rate and interest rate risk, and the progressive decrease in the cost of money. Net financial income therefore compensated for the reduction in EBIT.

Read the article online at: https://www.worldcement.com/europe-cis/11022016/cementir-holding-2015-preliminary-results-485/ 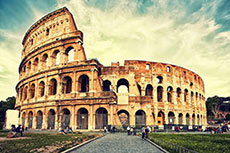 Sacci SpA has decided to include Cementir Italia’s offer for the acquisition for one of its business divisions as an integral part of its composition with creditors.

Cementir Holdings has released its prediction for 2016, as well as announcing the restructuring of the company in January.