The Italcementi S.p.A. Board of Directors has examined and approved the consolidated report on operations for the nine months ended 30 September 2014.

In 3Q14, Group revenue amounted to €1.067 billion, up 0.7% from the year-earlier period, due to an improvement in cement sales. The quarter saw a return to profit, for €15.8 million euro (compared with a loss of €36.9 million), despite the market contraction in France and increase in operating expenses in Egypt, which led to a decrease of 5.5% in recurring EBITDA to €164.4 million.

In the nine months from January to September, revenue contracted by 3.1% to €3.116 billion, largely due to the exchange-rate effect and a negative sales price dynamic in the Eurozone. Nevertheless, the efficiency measures adopted during the year and steady performance in Egypt and Asia kept recurring EBITDA in line with the year-earlier period. Net income for the period was negative at €-63.8 million, with an improvement of approximately €16 million against the prior year.

In the construction industry, divergences continued to widen in the results reported by the regions where the Group operates. Among the mature countries, the recessionary trend in Italy was confirmed, if at a more moderate pace, while the contraction already observed in France continued. Recovery accelerated in North America and progress was reported in the construction industry in the emerging countries, notably in Egypt, India and Kazakhstan. Efficiency measures and the important investment programme, with the start-up of the new Devnya and Rezzato lines and the new coal grinding facilities in Egypt, enabled the Group to achieve its targets on time and on budget, which will generate significant benefits for results as early as next year.

Read the article online at: https://www.worldcement.com/europe-cis/10112014/italcementi-reports-on-a-successful-third-quarter-820/ 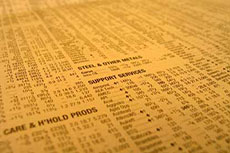 Italian cement manufacturer Italcementi has announced plans to ‘strengthen and streamline’ its capital and group structure.