The British Safety Council has announced the winners of its 2016 International Safety Awards, which recognise and celebrate organisations from around the world that have shown a real dedication to keeping their workers and workplaces healthy and safe during the 2015 calendar year.

Congratulating the winners, Mike Robinson, Chief Executive of the British Safety Council, said: “2016 marks the 58th year of the International Safety Awards, which celebrate and reward organisations from around the world that have demonstrated to the satisfaction of the scheme’s independent judges a commitment to preventing their staff being injured or made ill at work.

“The British Safety Council’s vision is that no one should be injured or made ill at work – anywhere in the world; and the International Safety Awards shine a light on those businesses who are taking sensible and effective steps to protect the health, safety and welfare of their workers and others who could be harmed by their work activities.

“All the evidence shows that sensible and proportionate management of health and safety risks at work brings real and lasting benefits for workers, their families, businesses and society as whole.

“By celebrating and sharing the achievements of the winners of the International Safety Awards, we can encourage and inspire other businesses everywhere to follow their lead and give workers’ health and safety the priority it rightly deserves.

“Our warmest congratulations to all the winners.”

The winners are drawn from a diverse background, and include construction, housebuilding, civil and rail engineering companies such as Brookfield Multiplex, Lovell, McNicholas and VolkerRail; engineering and manufacturing businesses such as BAE Systems and JCB; and transport, distribution and logistics companies such as Addison Lee, Associated British Ports, Glasgow Airport and Kenya Airways. The charity and leisure sectors are also well represented with winners such as the YHA and the Rugby Football Union’s Twickenham Stadium.

Read the article online at: https://www.worldcement.com/europe-cis/10032016/british-safety-council-awards-commitment-protecting-workers-663/ 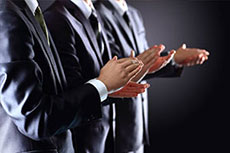 Alex Both, Chief Executive of the British Safety Council, is speaking at the 7th International Forum on Work Safety in Beijing.