Lafarge Chairman and CEO Bruno Lafont has proposed the appointment of Eric Olsen as future CEO of LafargeHolcim, a proposal that has been approved by the boards of both Lafarge and Holcim. Mr Olsen is currently Lafarge Executive Vice President, Operations, and will take on the role of CEO as of the closing of the merger project. He has been a member of Lafarge’s Executive Committee since 2007, having joined the company in 1999 as Senior Vice President for Strategy and Development, and previously held senior positions in operations and in the fields of finance, human resources and strategy. 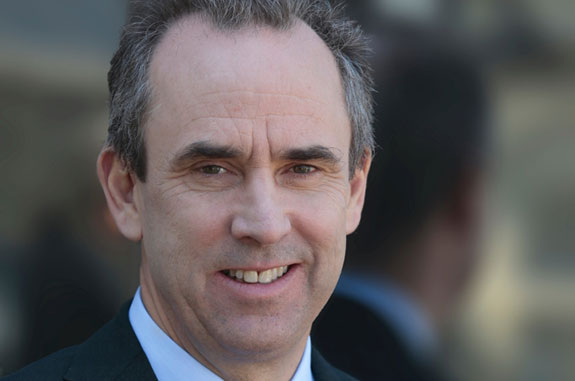 Wolfgang Reitzle, Chairman of the Holcim Board and future co-Chairman of LafargeHolcim, said that he very much welcomes Eric Olsen as future CEO for LafargeHolcim. “With his broad international experience and insights in key markets, he is best positioned to lead the combined company for the benefit of employees, shareholders and customers,” said Mr Reitzle. “Bruno and I will support Eric Olsen in creating a new joint culture that will be the key driver for our premier competitive position.”

“Eric has been proposed as future CEO of LafargeHolcim both for his personal and professional qualities,” commented Bruno Lafont. “He has a deep knowledge of our activities, clients and markets. He is driven, with energy and determination. He is a true leader, with the ability to bring the teams together to drive a strong value creation culture for our shareholders. I have every confidence in his ability to deliver the synergies announced and ensure the development and the success of LafargeHolcim.”

Eric Olsen is fifty-one years old and has dual American and French nationalities. He has a deep experience of driving change linked to the roles he has played in matters of integration and organisation in multicultural environments. From 2007 to 2012, he served as Executive Vice President, Organisation and Human Resources of Lafarge Group. In this role, he led the integration of the Egyptian Orascom, a major acquisition with operations in Africa, Middle East and Asia. Eric Olsen also led the 2012 reorganisation of the Group with a focus on country organisation around end-market segments.

Read the article online at: https://www.worldcement.com/europe-cis/09042015/lafarge-and-holcim-choose-future-ceo-653/

Eurocement, which holds a 10.8% stake in Holcim, is said to be dissatisfied with the renegotiated terms of the mega merger between cement giants Holcim and Lafarge.

Once the merger is complete, the cement company will have 68 million t of capacity in India, the world’s second biggest cement market.

Lafarge and Holcim have renegotiated terms and are moving ahead with their merger to create the world’s biggest cement company.

CRH plc, who entered into exclusive negotiations to acquire divested Holcim and Lafarge assets, has released a statement following the announcement that the exchange ratio terms of the LafargeHolcim merger will be revisited.