In 3Q12, HeidelbergCement’s cement and clinker sales came in at 24.3 million t. Sales fell in Western and Northern Europe as the slowdown in construction activity continued to hamper demand, with a decline in cement deliveries also experienced in Poland and the Czech Republic. However, these losses were compensated for to some extent by strong cement sales in Indonesia and Central Asia, where infrastructure and housing developments are underway. The gradual recovery of the North American residential sector also boosted cement sales in the region. Sales of aggregates fell 9.4% y/y to 68.8 million t and asphalt sales volumes dropped 6.9% y/y to 2.9 million t. Ready-mix concrete deliveries came in at 10.5 million m3, compared to 10.6 million m3 in 3Q11.

In January – September 2012, cement and clinker sales increased by 2.5% to 67 million t, while ready-mix concrete sales remained relatively stable, dropping very slightly from 29.2 million m3 in 2011 to 29 million m3 this year. However, asphalt and aggregates sales volumes fell by 9.3% y/y and 4.3% y/y, respectively.

Revenue increased by 8.9% y/y to €3.9 billion due to higher prices and favourable exchange rates. Profit reached €322.9 million, up from €316.1 million in the same period last year. The company’s net debt was reduced by €740 million y/y. Operating income rose from €562 million in 3Q11to €649 million in July – September 2012, helped by cost savings and prices increases.

Commenting on the results, Chairman of the Managing Board Dr Bernd Scheifele stated: “The quality of our results has further improved in the third quarter. This is reflected by the improving margins and the noticeable reduction in net debt. Our ‘FOX 2013’ programme is a great success and we already beat our 2012 cash savings target. In addition, we were able to complete first disposals of non-core businesses in North America. The balanced approach of cash savings, working capital improvement, disciplined capex, and disposals of non-core businesses is clearly successful. We will do everything in our power to continue this positive trend.”

HeidelbergCement’s employee numbers fell from 54 335 to 53 729. Although 600 new roles were created in India and Indonesia due to market growth in these regions, 1300 jobs were cut in North America, the UK, Spain and parts of Eastern Europe.

The three-year ‘FOX 2013’ programme has resulted in €241 million cost savings, surpassing its €200 million goal. The ‘PERFORM’ pricing initiative for cement and the ‘CLIMB Commercial’ initiative for aggregates have been introduced to improve margins by €350 million by 2015. Early pilots in Europe have indicated above expectation savings results.

The company expects the price of raw materials and energy to increase, although measures will be taken to offset these increases and recover some of last year’s lost margins. HeidelbergCement has a positive outlook on sales in the US and Canada as increased construction activity boosts demand. Increased cement sales are also expected in Asia Pacific and the Africa-Mediterranean Basin. Although weak demand is predicted to affect sales in Eastern Europe, there is likely to be growth in Russia and Central Asia. Sales volumes of cement and aggregates are expected to continue to decline in Western and Northern Europe.

Read the article online at: https://www.worldcement.com/europe-cis/08112012/cement_heidelbergcement_quarterly_results_732/ 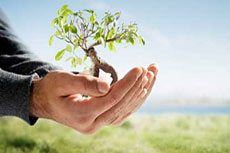 HeidelbergCement’s expansion in sub-Saharan Africa will strengthen the company’s position in the region.