On 7 May 2014, Lafarge held its Annual General Meeting at the Carrousel du Louvre in Paris. Under the chairmanship of Bruno Lafont, shareholders approved all resolutions submitted for their vote, including a dividend of €1 per share and a loyalty dividend of €1.10 per share, to be paid on 4 July 2014.

The shareholders' meeting also approved the appointment of Ms Mina Gerowin and Christine Ramon to the Lafarge Board of Directors and renewed the terms of office of Ms Véronique Weill. The shareholders approved the resolution on the elements of compensation due or granted to Mr Bruno Lafont, Chairman and Chief Executive Officer, for the year ended 31 December 2013.

The meeting also provided an opportunity to review the year 2013. Last year, Lafarge achieved its goals with:

With these strong fundamentals, the group reaffirmed its goals for 2014:

HeidelbergCement’s 1Q14 results show an improving performance in Europe, a slight weather-related dip in North America and the continued positive development of markets in Asia and Africa.

Despite the negative effect of adverse exchange rates on sales and EBITDA in 1Q14, Lafarge expects to see cement demand growth of between 2 – 5% in 2014. 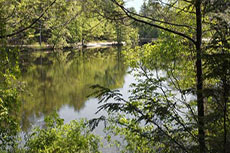 BC Bioenergy Network (BCBN) will provide US$1 million in funding for Diacarbon Energy and Lafarge Canada’s new torrefaction project, which involves the production of renewable biocoal derived from wood residuals.