The following has been excerpted from the official statement.

Profit
Group sales, on a like-for-like basis, declined by 18% in the second half of 2009, a modest improvement on the 21% first half fall, while benefits from cost reduction measures combined with more moderate energy-related input costs than in second half 2008, resulted in an easing in the rate of profit decline experienced in the first half. Against this backdrop, CRH expects to deliver full-year 2009 EBITDA close to €1.8 billion (2008: €2.665 billion) with profit before tax of approximately €0.75 billion (2008: €1.628 billion) prior to asset impairment charges, in line with the guidance provided in CRH’s Interim Management Statement of 10 November. This would represent a decline of approximately one-third in EBITDA and of approximately 55% in PBT. Profit is stated after once-off charges of €0.2 billion associated with cost reduction action taken in 2009.

The full year depreciation and amortisation charge is estimated at approximately €0.8 billion before asset impairment charges. We expect that full year profit on disposals of fixed assets will be less than half last year’s level of €69 million and that the Group’s share of associates’ profit after tax will be approximately one-third lower than in 2008 (€61 million).

Cash flow
Cash flow in the second half of the year was particularly strong with a reduction in net debt from €5.1 billion at 30 June to under €4.0 billion at 31 December after second half acquisition expenditure of close to €0.2 billion. Overall for 2009, an intensified focus on cash generation, excellent working capital management and restrained capital expenditure, together with proceeds of €1.24 billion from the March 2009 Rights Issue, resulted in a reduction in net debt of over €2 billion from €6.1 billion at end 2008. The expected end-2009 net debt to EBITDA ratio of just over 2 times is one of the strongest in our sector.

Development and capital expenditure
Total acquisition spend in 2009 amounted to approximately €0.45 billion on a total of 17 transactions. First half expenditure included the purchase of a 26% associate stake in Yatai Cement, the leading cement manufacturer in north-eastern China plus 6 other acquisitions across the Group’s Materials and Distribution segments. Second half spending of €0.17 billion is outlined in the Development Strategy Update released today. This principally comprises 4 important bolt-on transactions in our Americas Materials Division completed over the past two months plus 6 smaller Materials transactions in Poland, China and the US.

Management remains firmly concentrated on operational delivery and development activity continues to be focussed on acquisition opportunities that offer compelling value and exceptional strategic fit. This emphasis is also reflected in capital expenditure, which has been adjusted across the Group to reflect the reduced demand environment. 2009 capital expenditure of €0.5 billion was approximately half 2008’s €1.04 billion.

Read the article online at: https://www.worldcement.com/europe-cis/08012010/crh_full_year_2009_trading_update_statement/

Titan Cement and Cimpor have issued statements relating to their financial results for the first nine months and third quarter of 2009. 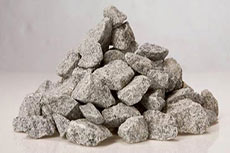 Erdene Resource Development Corp. has provided an update on its principal projects in conjunction with the release of its third quarter 2009 financial results. 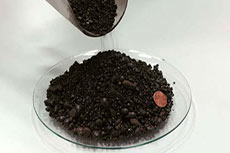