Research and Markets has announced the addition of the ‘Global Cement Mixer Market 2016-2020 report to their offering. The report forecasts the global cement mixer market to grow at a CAGR of 10.61% during the period 2016-2020.

Commenting on the report, an analyst from the research team said: A key trend which is boosting market growth is growing use of alternative fuel for cement production. Pet coke is an alternative fuel that is being adopted worldwide. The fuel has a high calorific value and sulfate content. Being less volatile in nature, this fuel is ground completely before feeding it to the kiln to make appropriate use of its high calorific value. The major advantage of pet coke is that it is a by-product of oil refining and is a cheaper fuel than coal.

According to the report, one of the major advantages of a cement mixer is that it saves time and manual effort that is involved in the construction process. Cement mixers reduce the labour expenses, which makes it a more economical way of mixing concrete and cement. It saves a considerable amount of raw materials because accurate portions of concrete ingredients are fed into a cement mixer, which minimises the wastage. These mixers act as a crucial construction equipment saving time and increasing the efficiency during the execution of any building project.

Further, the report states that the major factor that could hamper market growth is the formation of cement lumps during usage. Cement has a high affinity for water. Therefore, upon contact with water, the dry cement powder acts like a sponge and globs up. The balls form as these globs roll against the inside drum surface. Cement mixer manufacturers have to consider the design elements such as loading rates of the materials such as water, cement, and aggregates for the prevention of formation of cement balls during the mixing process inside the cement mixers.

Read the article online at: https://www.worldcement.com/europe-cis/07072016/global-cement-mixer-market-477/ 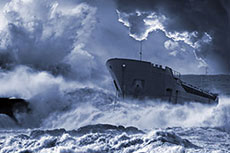 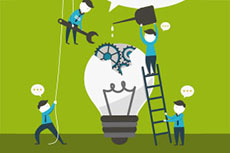 Lagan Cement Group and Quinn Building Products have signed a memorandum of understanding to establish a joint venture involving their cement and building materials operations.

A rise in cheap cement imports has forced the temporary shutdown of Dangote’s Gboko plant in Nigeria.