Anglo American plc has reached an agreement in principle for the sale of its 50% ownership interest in Lafarge Tarmac Holdings Limited to Lafarge SA for a minimum value of £885 million (~US$1.5 billion) in cash, on a debt and cash free basis and subject to other customary working capital adjustments.

This announcement follows the joint statement from Holcim and Lafarge in which it was announced that Lafarge intends to offer a full divestment of the Lafarge Tarmac JV (with the possible exception of one plant) to remedy competition concerns in the UK.

Anglo American states that the sale is subject to a number of conditions, including the completion of the Lafarge/Holcim merger, the acceptance by the Commission of the Lafarge Tarmac divestment being a suitable measure and approval of the sale by the necessary regulators.

Anglo American and Lafarge will work towards finalising the terms of a definitive agreement in 3Q14.

In a statement, the company confirms: ‘In the event that a subsequent divestment of Lafarge Tarmac is agreed within 18 months of this sale being completed, then Anglo American will participate in a minority proportion of the upside beyond a small premium to the terms of this proposed transaction.’

Anglo American plans to use the proceeds of the sale to pay down debt.

Read the article online at: https://www.worldcement.com/europe-cis/07072014/anglo_american_announces_plans_to_sell_its_stake_in_lafarge_tarmac_42/

As part of their merger plan to create LafargeHolcim, the construction materials companies have announced which assets they plan to divest in anticipation of potential competition issues by regulatory bodies.

Mark Joel, previously Group Director of Strategy and Business Performance for Lafarge Tarmac, has been appointed as Managing Director of the Building Products business. 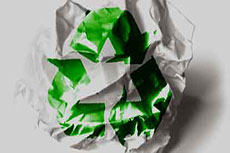 UK union GMB has issued a statement expressing concern for employees affected by the uncertainty that will be generated by the merger, which will have to go through significant regulatory approval.