According to Bloomberg’s latest report, HeidelbergCement AG will cut jobs in Italy and sell assets in Belgium as it absorbs Italcementi SpA.

HeidelbergCement announced that the move aimed at returning the Italian business to profitability will affect about 400 of the 2500 positions in the country. Approval for the acquisition is being sought from European and US regulators and the deal is expected to close in early July.

HeidelbergCement agreed in July to acquire an initial 45% stake in Bergamo, Italy-based Italcementi for 3.7 billion euros (US$4.2 billion) to counter the merger of LafargeHolcim SA and to bolster business in southern Europe and Africa. The German cement producer has been aggressively trying to wring savings from the combination, raising a forecast earlier this year to €400 million.

As part of the revamp, 170 people at Italcementi will be offered jobs at other HeidelbergCement offices while between 230 and 260 people based in Bergamo may be let go. The overhaul will take until the end of 2020.

Read the article online at: https://www.worldcement.com/europe-cis/07042016/heidelbergcement-cut-jobs-italy-850/

Given the intended acquisition of Italcementi, HeidelbergCement has made some changes to the structure of its Managing Board.

HeidelbergCement Chairman Dr Bernd Schiefele acknowledges concern over the future of operations in Russia and Ukraine. 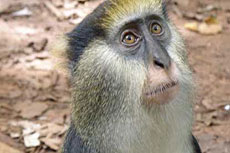 The €16 million cement mill will add 1 million tpa to the Tema grinding plant.