Regional contractor Windisch has put 5 Terex Trucks TA300 articulated haulers to work shifting 1.4 million m3 of earth on the A5 motorway extension in Austria, which will form a modern highway between Vienna in Austria and Brno in the Czech Republic.

The haulers work 12-hour shifts, six days of the week and are responsible for shifting 1.4 million m3 of earth.

The project, which is scheduled for completion in 2017, was implemented by Austria’s Autobahn and highway financing stock corporation, ASFiNAG, at the estimated cost of €200m. The A5 is already a popular route due to the international checkpoint at Drasenhofen, and the extension will be welcomed by commuters as it will ease traffic build up, shorten the 130 km transit time between the two cities, and reduce noise pollution. The articulated haulers for the A5 project were supplied to Windisch by Terex Trucks’ Austrian distributor, Mlecka Construction.

John Mlonek, commercial sales manager at Terex Trucks, explains: “Like other EU countries, the Austrian market has proved difficult but the extension of the North Autobahn is one of the brighter investments in the tough articulated hauler market.

“Windisch was looking at other brands but chose to go with Terex Trucks, which is a real vote of confidence for our robust Scottish machines.”

Read the article online at: https://www.worldcement.com/europe-cis/06092016/windisch-chooses-terex-trucks-haulers-204/

Bierens is now under new management, following takeover by the PWT Group. 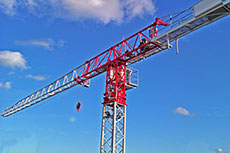