After working with the Wildlife Trust for Bedfordshire, Cambridgeshire and Northamptonshire, Tarmac is unveiling a new heritage interpretation board, following an extensive restoration for its former quarry at Godmanchester.

The 59 hectare site has been transformed from a working quarry into a nature reserve. Through careful restoration, lakes, grassland, woodland and hedgerow habitats have been created, enabling people to get close to wildlife without disturbing it. Formerly gravel pits, the lakes provide habitat for ducks and geese, while kingfishers hunt in the streams and songbirds use the hedgerows to hunt for food.

The board explored the quarry’s vibrant history – from Roman shoes to railways and daring wartime rescues ¬– and has been brought to life by illustrator and designer Mark Hughes.

The Trust bought the site in 2015 from previous landowners Tarmac, as property estates manager John Duffield explains: “We’ve spent 40 years restoring the site and introduced novel biodiversity initiatives well before this approach was commonly accepted. For this, we’ve had the great privilege of winning several awards for its groundbreaking restoration including one from the European Aggregates Association, of which we are very proud.”Brian Eversham, chief executive of the Wildlife Trust BCN, said:“We would like to thank Tarmac on many levels. Initially for leasing the site to us, when it was already well on its way to becoming a wildlife refuge because of the way Tarmac had restored it previously. Then for the opportunity to acquire the land – and in a final act of generosity – the funding for the heritage interpretation board. This complements the existing site signage that helps visitors to explore and understand the wildlife that makes it home at Godmanchester nature reserve.”

Read the article online at: https://www.worldcement.com/europe-cis/06072016/tarmac-unveils-new-heritage-interpretation-board-467/

Tarmac has showcased its activities at the Royal Norfolk Show

Tarmac will be exhibiting at Hillhead 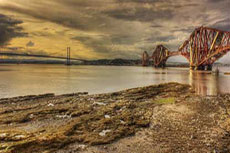