June data signalled a return to falling output levels across the UK construction sector, led by a steep decline in residential building and a reduction in commercial work for the first time since May 2013. Reports from survey respondents widely linked the downturn in business activity to uncertainty ahead of the EU referendum (just over 80% of survey responses were received before 24th June).

Heightened uncertainty also contributed to a further reduction in new invitations to tender, with the latest data pointing to the sharpest drop in new business volumes since December 2012. Meanwhile, softer demand conditions acted as a brake on staff recruitment in June and contributed to a drop in purchasing activity for the first time in just over three years.

At 46.0 in June, down from 51.2 in May, the seasonally adjusted Markit/CIPS UK Construction Purchasing Managers’ Index® (PMI®) dropped below the neutral 50.0 threshold for the first time since April 2013. The latest reading pointed to the weakest overall performance for exactly seven years, but the rate of contraction was much slower than seen during the 2008/09 downturn.

Residential construction was the worst performing sub-category of activity, with activity falling at the fastest pace since December 2012. Civil engineering activity remained broadly stable in June, while commercial building work saw a sharp loss of momentum and posted one of its weakest readings for six-and-a-half years.

Lower levels of activity were overwhelmingly linked to deteriorating order books and a corresponding lack of new work to replace completed projects. A number of firms commented on reluctance among clients to commence new contracts in the run-up to the EU referendum, alongside ongoing uncertainty about the general economic outlook. Incoming new work has now fallen for two months running, and the latest reduction was the steepest since December 2012.

Construction firms responded to the deterioration in client demand by cutting back on input buying and exerting greater caution in terms of their staff recruitment. The decline in purchasing activity was the fastest for almost six-and-a-half years.

Employment numbers continued to rise in June, but at one of the weakest rates seen over the past three years. At the same time, sub-contractor usage fell slightly and prices charged by sub-contractors increased at the slowest pace since July 2013.

Despite lower input buying, supply chain pressures persisted in June. Moreover, average lead-times from vendors lengthened to the greatest degree since the start of 2016, which survey respondents linked to transportation delays and lower stocks among suppliers.

Meanwhile, the latest survey indicated a drop in business confidence regarding the year-ahead outlook to the weakest since June 2013.

Read the article online at: https://www.worldcement.com/europe-cis/06072016/markit-cips-uk-construction-pmi-469/ 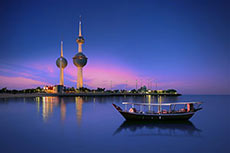 The industry’s output value rose at a compound annual growth rate of 5.23% in real terms.