The Markit/CIPS UK Construction Purchasing Managers’ Index® (PMI®) fell from 57.8 in March 2015 to 54.2 in April 2015. Although this is above the 50.0 no-change value, it is the lowest index figure for two years and represents two consecutive months of decline.

The rate of job creation was lower than the 2014 average, but growth ‘remained robust’. Sub-contractor availability continued to contract, contributing to an increase in sub-contractor charges.

“The general election has given the sector pause for thought as procurement and supply management professionals reported a slowdown in the pace of new construction orders growth. Though the index still remains in positive terrain, this deceleration has been attributed to project delays and hesitancy as the country prepares to vote,” commented David Noble, Group Chief Executive Officer at the Chartered Institute of Procurement and Supply (CIPS).

“Sub-contractors continue to be the winners in ongoing work, being in short supply and demanding higher rates for their labour – rising at the swiftest pace for almost 20 years. However, the sector continued to gear up and increase in-house staffing levels to meet the needs of higher levels of investment and to increase capacity and capability levels in supply chains. With this slack in new pipeline orders, suppliers were able to improve their performance as well as increase levels of stock to lighten any log jam in the supply of raw materials.”

“Though new business growth in the sector has slowed for eight months out of the last ten, business optimism is only slightly bruised and remains more solid than the average over the life of the index,” concluded Noble.

Read the article online at: https://www.worldcement.com/europe-cis/06052015/uk-construction-growth-rate-of-new-work-slows-in-april-797/ 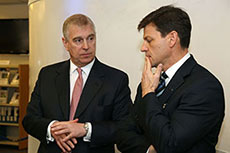 BSRIA were visited by HRH The Duke of York recently as part of their 60 year celebrations. 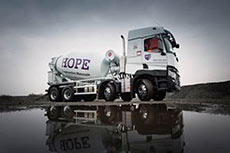