The Titan Group has reported its results for FY14, in which the company returned to profit after two loss-making years. Consolidated turnover was up 2.7% at €1158 million, while EBITDA was down 2.6% at €182 million. Net profit after minority interests and the provision for taxes was €31 million, up from a €36 million loss in 2013.

Recovery in the US, together with improving outlooks in Greece, Turkey and Southeastern Europe, all contributed to better operating results. However, the gas shortage in Egypt curtailed production there; the Group is implementing investments in alternative and solid fuels to mitigate this problem.

Renewed road works in Greece gave a boost to demand for building materials in 2014, though residential construction remained subdued. Maintaining satisfactory utilisation rates in Greece is dependent on export potential in a highly competitive environment. Titan continued to invest in alternative fuels and energy reduction projects, allowing it to remain competitive and continue its export activity unabated.

In the US, demand for building materials is on the up – particularly in one of the group’s major markets: Florida. According to the PCA, cement consumption in Florida grew 18% in 2014, driven by new residential construction, while consumption across the country grew by 9%. The US currently accounts for about a third of group turnover and an increasing share of EBITDA.

Global capital expenditure, excluding acquisitions and intangible assets, stood at €80 million. This is an increase of €33 million from 2013, driven largely by investments in the US and Egypt.

The group is positive on the outlook in the US and Egypt, two of the group’s most important markets. US cement consumption is expected to grow by 8% annually in 2015 – 2017, while in Egypt the investments in greater fuel self-sufficiency are expected to pay off this year as demand is expected to remain at high levels.

In Greece, cement consumption is expected to remain at 2014 levels so long as road work activity continues uninterrupted. No significant improvement is expected in Southeastern Europe.

Read the article online at: https://www.worldcement.com/europe-cis/06032015/titan-group-reports-return-to-profit-463/

Alvacim Ltd, a subsidiary of the Titan Group, has purchased the European Bank for Reconstruction and Development’s 20% stake in ANTEA CEMENT SHA.

Titan America’s Roanoke and Pennsuco cement plants have been recertified by the Wildlife Habitat Council under the ‘Wildlife at Work’ category. 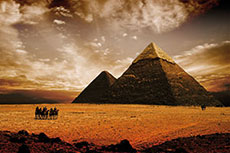