In other regions, performance was less positive, with Switzerland struggling with an unfavourable 2Q13 comparison and Italy continuing to battle with a stalling economy. The depreciation of the Kazakh currency impacted results there and weaker prices affected EBITDA in Western Africa. In France, consolidated sales grew 1.5% at constant scope and exchange rates to €437 million, but EBITDA was down 10.2% due to below-average sales prices and a temporary increase in some costs and expenses.

In all, the cement business achieved operational sales growth of 7.2% in 1H14, or 14.4% at constant scope and exchange rates. Selling prices were more or less stable, with price increases in Egypt, Turkey and the US offsetting the small decline in France and Switzerland and greater decrease in West Africa, Kazakhstan and Italy. Cement volumes increased 15% overall and EBITDA was 12.7% higher at constant scope and exchange rates.

Expectations for the full year and largely on the same track as the first half:

Read the article online at: https://www.worldcement.com/europe-cis/05082014/vicat-reports-largely-positive-1h14-results-238/

Cementos Molins S.A. has released its latest financial results. The group also plans to increase its presence in Latin America with the acquisition of a majority stake in Bolivia’s Itacamba Cementos. 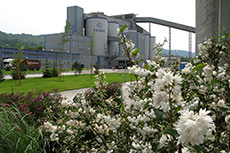 The Titan Group has released its results for 1H14, with both turnover and EBITDA increasing.