On Sunday 12 June a Sandvik bicycle team participated in Finland’s largest cycling event that started off through the Ranta tunnel that has been excavated with Sandvik machines. The tunnel is still under construction and is to be opened for traffic in November 2016. It will be the longest highway tunnel in Finland (2.3 km).

Sandvik’s bicycle team was thriving with energy among all 3500 racers when Finland’s biggest Pirkka Cycling event was rolling into the city of Tampere for the 39th time. Timo Laitinen, Vice President of product area Tunneling at Sandvik was a member of the team, riding the full distance of 217 km.

“I feel very proud to race through the tunnel that Sandvik has been part of constructing. Our team wanted to race for the fun and challenge, and the Pirkka Cycling event was an excellent opportunity to promote physical and mental well-being, as well as team building in a safe and healthy way”, shared Laitinen.

The Tampere Rantatunneli tunnel project started off in 2013 and will be under construction until November 2016. After its completion, the tunnel will promote the development of Tampere's central areas, while also improving the functionality and safety of traffic and will be the longest road tunnel in Finland.

Due to the large amount of drilling required on the project the contractor purchased new drill rigs and equipment that was supplied by Sandvik. The new rigs are the latest fully automated Sandvik DT1131i three boom units, which come complete with Sandvik’s revolutionary iDATA control system.

Drilling tools have also been supplied by Sandvik. The new rigs utilize high-frequency RD525 rock drills, with a 25kW power which have significantly contributed to the rapid work.

Read the article online at: https://www.worldcement.com/europe-cis/05072016/sandvik-cycle-through-ranta-tunnel-463/

Sandvik will show a number of its products and new launches at Hillhead 2016. 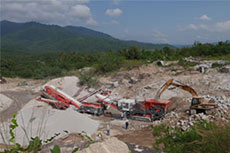 The Tabsakae Granite Co. Ltd, in the Prachuap Khiri Khan region of Thailand, has operated a complete mobile crushing and screening plant since March 2015. 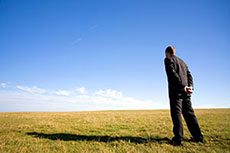 Sandvik’s Executive Vice President and CFO has announced that he will be leaving the company. 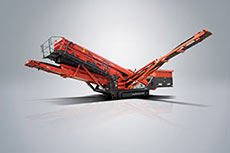 The QA441 Doublescreen has been upgraded to include the many product refinements of the larger QA451 triple deck version in order to improve operation, efficiency and ease of maintenance.