Part two of a two-part article written by Sean Fitzgerald, MotorolaSolutions, for World Cement’s August issue and abridged for the website.Subscribers can read the full issue by signing in, and can alsocatch up on-the-go via our new app for Apple and Android. Non-subscribers can access a preview of the August 2015 issue here.

The radios are in constant use seven days a week and 24 hr/d. Since they must operate in demanding conditions – users are outside for prolonged periods – Hope Cement selected radios certified with IP57/67 ratings to ensure protection from particles and water ingress. The models include 50 DP 3400 and DP 3600 and 14 ATEX DP 4800 mobile radios.

As well as communications between users and talk groups, supervisors also wanted to call teams using their mobile phones. DCRS installed Mototrbo’s Digital Telephone Interconnect feature – a simple upgrade requiring a software revision for the radios and the connection of an analogue phone patch box to the repeaters. 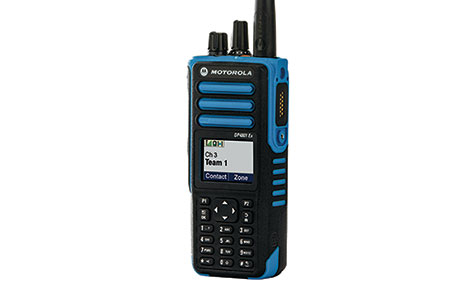 The site presents some challenging conditions, including quarry and manufacturing areas, but the radios’ robust construction, high IP rating and ATEX compliance ensure continuing operation. In terms of safety, the radios support lone-worker and man-down features and have a dedicated emergency button; when pressed, a call is made to central dispatch in order for help to be sent quickly. And an override channel enables an ‘all call’ to be made (sending a message to all users at once) to instigate emergency procedures if an incident occurs.

Another key reason behind Hope Cement’s decision to install Mototrbo was the fact that it can support the phased transition from analogue to digital radios. DCRS set one of the Capacity Plus channels in analogue mode and programmed the analogue channel into the Mototrbo radios to support seamless calling between the old analogue and new digital devices. The configuration enabled Hope Cement to add new Mototrbo radios in accordance with budget limits.

With a true digital system and the option to add data services in the future, Hope Cement has the reliable, high-performance and scalable two-way radio platform to support safe and effective operations well into the future.