The Mineral Products Association (MPA) has released sales figures for construction materials in Great Britain in 2Q14. Volumes of crushed rock were up 9% y/y. Sales volumes of sand and gravel, as well as asphalt, were also higher than in 2Q13, both rising by 4% y/y. Volumes of ready-mixed concrete declined by 3.2% y/y. However, the MPA notes that this is due to very high figures in the corresponding period in 2013, and that the market trend for ready-mixed concrete is a positive one. The MPA expects growth to continue in 2014 but at a more modest rate than in 2013.

“We are seeing continuing general growth in mineral products markets although, as expected, the speed of underlying growth has slowed from the end of 2013. We believe our figures indicate that the second quarter reduction in construction activity highlighted in the recent GDP announcement is a blip and construction will be positive for the year. If the necessary increase in housing starts can be delivered and promised infrastructure investments are implemented, we should see further improvements in industry markets. But this will of course depend on potential economic headwinds and political uncertainties that lie ahead,” commented MPA Chief Executive, Nigel Jackson.

The UK’s Construction Products Association (CPA) has published its Summer Forecasts. Highlights from the report include:

“The Forecasts reflect the increasing strength of the sector, though risks remain. We anticipate the recovery will continue through the forecast horizon in 2018 and broaden both across sectors and regions. Overall levels of activity will likely match their 2007 peak in 2017,” stated Dr Noble Francis, Economics Director of the Association. “In the short-term, the activity will primarily be led by private housing, infrastructure and commercial. Notably, in the long-term, we expect this activity will be boosted by work on schools and hospitals.”

Read the article online at: https://www.worldcement.com/europe-cis/04082014/great-britain-2q14-construction-materials-output-and-future-forecasts-228/ 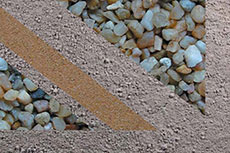 The Minerals Products Association has published its ‘Government & Industry Action Plan’, which sets out key actions for both the government and the mineral products and quarrying industry. 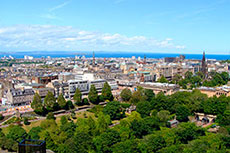 According to data released by Barbour ABI, the value of construction work linked to the Glasgow 2014 Commonwealth Games totalled around £769 million.

The UK Secretary of State for Energy and Climate Change has announced that no amendments will be made to the fourth carbon budget (2023 – 2027), a decision that has been welcomed by the Committee on Climate Change.