The Paris Agreement was adopted by all 196 Parties to the United Nations Framework Convention on Climate Change (UNFCCC) at COP21 in Paris last December. In the agreement, all countries agreed to work to limit global temperature rise to well below 2°C, and given the grave risks, to strive for 1°C. Implementation of the Paris Agreement is essential for the achievement of the Sustainable Development Goals (SDGs), and provides a roadmap for climate actions that will reduce emissions and build climate resilience.

To keep the global spotlight focused on climate change and build on the strong political momentum from Paris, UN Secretary-General Mr. Ban Ki-moon invited representatives of all countries to New York for the Paris Climate Agreement Signing Ceremony on 22 April, marking the first step toward ensuring that the Agreement enters into legal force as quickly as possible.

In recognition of Indian businesses vigorously joining the climate change battle, Mr. Mahendra Singhi, Group CEO of Dalmia Cement (Bharat) Limited was one of the two Indian industrialists showcased by the UN at the Paris Agreement signing events in New York on 22 April.

Mr. Singhi also participated as a lead discussant during the luncheon event of High-Level thematic debate on achieving sustainable development goals on 21 April. In addition, he joined the press conference on private sector actions on climate change on 22 April along with CEOs of CALPers and Suez Environment. Recording of the press conference: "The Impact of the Paris Climate Agreement on Business and Investors" is available on UN Web TV.

During the media dialogue, Mr. Singhi expressed clear commitment of Dalmia Cement to “walk the talk” on sustainable development and adopted voluntary targets. It was acknowledged that there are many green initiatives – aiming to reduce the carbon footprint of industries and make them environmentally sustainable – which do not require much additional investments. Some initiatives, like those using waste for power generation or adopting certain low carbon technologies, would need larger investments; whenever there are such projects that may not produce “normal investment return”, the cost of the green initiative is noted.

The discussion further revealed that many green projects requiring large investments but providing low returns are beyond the reach of industries in developing countries and are not being implemented, that being the reason why there is the demand from developing countries for green funds. Investors and corporate boards can be convinced to make green investments by showing them the value of tangible and intangible future returns.

Mr. Singh added specifically that cement companies around the world are encouraged to share good practices through the collaboration platform of the Cement Sustainability Initiative (CSI). The Low Carbon Technology Partnerships initiative (LCTPi) Cement report launched during the COP21 in Paris identifies a number of barriers to low-carbon technologies that are beyond the control of the cement sector; the CSI and its member companies are eager to collaborate with other actors, particularly governments and other policy makers, on the removal of these barriers. As a keen supporter of this report, Dalmia is actively looking at different ways to implement the action plan proposed. For instance, renewable power is a major focus area for the Company with a target of reaching 20% of total energy consumption by 2019. The Indian Government is rather supportive towards these initiatives and thus motivates industries to pursue voluntary actions both individually and collectively as a sector.

The Paris Agreement and the SDGs have created a new universal framework for a sustainable development of our societies. The new framework incorporates a more inclusive and equitable economy as well as the safe operating space of our planet. Adoption of SDGs and the Paris Agreement is a positive signal for businesses.

Read the article online at: https://www.worldcement.com/europe-cis/04052016/investors-convinced-future-green-investments-31/

PCA has appointed Michael Schon as vice president and counsel for government affairs and the NSSGA appoint Dunne. 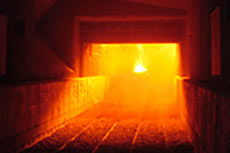