Sales in 2010 were mainly affected by the further slowdown in private construction activity in the domestic market as a combined result of the excess supply of residences, the low level of residencies demand and the reduction of housing loans granted by banks, as well as the slowdown of the construction activity in public infrastructure. In addition, lower export demand in markets traditionally supplied by the Group contributed to the reduction in 2010 sales.

In the framework of the Lafarge Group ?Excellence 2010? strategic plan, intensified efforts and measures have been taken to reduce operating costs and optimise the production and supply chain processes. The optimisation of electric power consumption and the significant reduction of fixed cost are examples of actions taken under ?Excellence 2010?, which partially offset the effects of the increase in fuel and power prices as well as the slowdown of domestic and international markets.

Operational improvements and investments in 2010 were mainly focused on the Group’s strategic priorities of promoting health and safety, upgrading environmental performance, and improving production efficiency and customer service.

Results were adversely impacted by increased provisions for bad debts by €19.4 million, as well as higher depreciation, financial expenses and minority interest. Operating profitability before provisions was at par with last year.

Group turnover, for the fourth quarter of 2010, increased by 2.4%. EBITDA declined by 28% and net profit decreased by 80%, mainly due to increased provisions.

The Group’s long-term strategy of geographic diversification was instrumental in achieving these results, despite adverse market conditions. The commencement of operation of the new production line in Egypt and the expansion of operations in the Western Balkans through the investments in Albania and Kossovo led to increased sales and operating profitability in the developing countries of the Eastern Mediterranean and Southeastern Europe, offsetting the negative implications of the decline in cement consumption for a fifth consecutive year in the United States and for a fourth consecutive year in Greece.

More specifically, in each of the regions Titan Group operates:
In Greece, the deteriorating economic conditions led to a sharp decline in building activity, in both the private and public sectors. The low levels of housing demand can be attributed to the recession of the real economy and the attendant macroeconomic adjustments, which have negatively affected household income and employment expectations as well as to the decline in the granting of mortgage loans. EBITDA in Greece and Western Europe declined by 34% in 2010 compared to 2009 and stood at €86 million, negatively impacted by the increase in bad debt provisions and increased energy costs.

In the USA, no recovery in construction activity was visible in 2010. In the Southeastern States, where a major part of Group’s operations is located, demand remained at low levels, while the Florida market declined further. Under these unfavourable conditions operating profitability reached €3.5 million, reduced by 86%.

In Southeastern Europe, the economic crisis continued to depress demand for building materials, although to a smaller degree compared to 2009. Nevertheless EBITDA in 2010 increased by 17% compared to 2009 and reached €87 million, as a result of the operation of the new greenfield plant in Albania in the second quarter of the year and the consolidation of the Sharr plant in Kosovo. In contrast to the market trends in Europe and the United States, demand for building materials in the Eastern Mediterranean increased. In Turkey, it is estimated that the growth of the domestic economy led to a 15% increase in cement consumption. In Egypt demand remained at high levels primarily due to extensive housing programs. Coupled with the Group’s enhanced productive capacity in the region, due to the operation of the second production line at the Beni Suef plant, the increased demand led to improved financial results. Overall, EBITDA in the Eastern Mediterranean increased by 34%, compared to 2009 and stood at €138 million. In 2010, Group selling, general and administrative expenses grew by 1% compared to 2009 and stood at €130 million. On a like-for-like basis and excluding foreign exchange fluctuations, Group selling, general and administrative expenses would have declined by 3.4%, beyond the reduction of 15% achieved in 2009, reflecting the Group’s continuous effort at cost containment. Financial expenses including foreign exchange effects and the one off cost for the early repayment of USPP notes in the USA in July 2010, amounted to €62.6 million, increased by 5.7% compared to last year. The Group’s focus on the strict prioritization of capital expenditure and control over working capital resulted in free cash flow generation of €195 million from operating activities and helped to reduce debt by €194 million in the year. The Group’s net debt position continues to improve having declined from €1114 million in December 2008 to €971 million in December 2009 and to €777 million in December 2010, improving financial flexibility.

In Greece, private and public construction activity are expected to decline further, due to the fiscal crisis and the increasing consumer and business uncertainty.

In the USA, demand for construction materials is expected to remain very weak in 2011, despite the economic recovery. The Portland Cement Association’s November 2010 forecast, foresees a mere 1.4% increase in cement consumption for 2011 from the low levels of 2010.

In Southeastern Europe, the gradual economic recovery is not expected to translate into a meaningful increase in cement consumption during the current year.

In Egypt, recent political developments give rise to increased short-term uncertainty. It should be noted, however, that the Group’s production and commercial activities were not disrupted during the crisis and continue at normal levels.

The outlook for Turkey appears positive, as the strong economic recovery is expected to contribute to the further development of domestic demand for private construction and public works.

The upward trend in solid and liquid fuel prices is expected to have a negative impact on Group results, despite the continuous efforts to reduce energy consumption and increase the use of alternative fuels.

Under the prevailing conditions of uncertainty in the economic environment, the Group will continue to focus its efforts on free cash flow generation, to further increase financial flexibility, cost and productivity improvement efforts and smaller bolt-on growth initiatives.

Despite the adverse economic environment, the Group remains committed to its four strategic priorities, which are geographical diversification in cement, continuous improvements in cost and competitiveness, vertical integration in related building materials and a focus on both human resources and corporate social responsibility.

Read the article online at: https://www.worldcement.com/europe-cis/04042011/greek_companies_post_losses/ 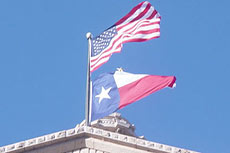 TXI recently released its fiscal third quarter results, revealing a narrowing loss due to an increase in cement shipments. 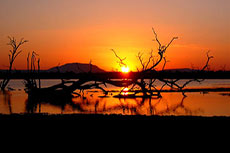 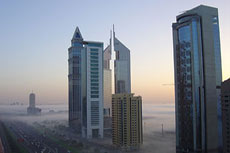 Ras Al Khaimah Cement Company has recently reported a loss of almost AED4 million as a result of a tight market, showing decline in cement sales volumes and values.

Italcementi is concerned about the effects of the situation in Egypt for the cement industry going forward in 2011.