The Infrastructure Outlook Report, commissioned by Tarmac, shows general confidence about the UK’s overall infrastructure outlook over the next year. However the report, based on research from Ipsis Mori, also highlights the concern that not enough is being done to meet infrastructure requirements.

“It’s great to see that the construction industry is in a confident mood, but there is no room for complacency. Challenges remain in meeting the UK’s infrastructure requirements and there is concern about delivery in the years ahead. However, the industry signals a clear intent to work more collaboratively with all parties to deliver a step change in infrastructure for the UK,” said Cyrille Ragoucy, Tarmac’s chief executive.

Over three quarters (77%) of those respondents who think the government should spend more on new economic infrastructure projects in the next five years believe that the private sector should lead funding for new economic infrastructure projects. This is more than double the levels thinking other sources should be involved, such as Government borrowing (37%), sovereign wealth funds (32%) or increased taxation (31%).

Tarmac’s survey also confirms that more agree (48%) than disagree (26%) that most other European countries, especially Germany and France, are ahead of the UK in terms of investment and development of both economic and social infrastructure. Even more agree (64%) than disagree (14%) that China and other leading global markets, the USA in particular, are ahead of the UK in infrastructure investment and development. Some 78% of survey participants also agree that the time taken for infrastructure projects could be reduced if there was greater collaboration across supply chains. Such collaboration – public and private – could be facilitated via a Department for Infrastructure, with a clear majority (72%) supporting the creation of such a department.

The full report, including further findings of interest, can be found here.

Read the article online at: https://www.worldcement.com/europe-cis/03122015/uk-infrastructure-outlook-positive-112/ 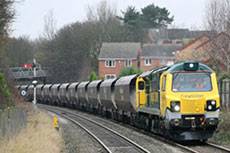 On Monday 30 November, Freightliner welcomed Chancellor of the Exchequer George Osborne to its Basford Hall depot in Crewe.

UK Chancellor George Osbourne has announced plans to build 400 000 homes over the course of the parliament, but will the industry be able to meet this target given the skills shortage? 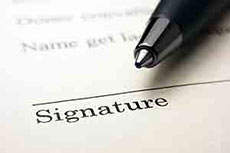 Tarmac has announced that it has recruited 37 graduates for 2016.