Skip to main content
Advertisement
Advertisement
Advertisement
For nearly two years the European cement industry has battled to be recognised as vulnerable to carbon leakage in the context of the EU ETS. This is now officially the case after the decision made in the European Parliament Environmental Committee on 4 November (this decision is final as far as the European Parliament is concerned) and the adoption by the Council on 30 November 2009. The European Commission is expected to publish the decision as it is on 23 December ahead of the 31 December deadline set by the Directive on Emissions Trading. The cement industry qualifies as a sector vulnerable to carbon leakage, with an increased cost of induced directly by the Emission Trading Scheme (ETS) of 55.06% (see May 2009 Eurobrief).

Work will now continue on the benchmark and other aspects of the allocation process but this is a first and major step in the right direction, an essential determinant of the treatment that will be reserved to the European cement industry in the ETS.

The decision opens up the way for free allocation of allowances in the period 2013 to 2020 and perhaps beyond. The Commissioner for the Environment, Mr. Dimas, has recently recalled that free allocation is the tool through which the European Commission intends to tackle carbon leakage in the short term. He clearly indicated that inclusion of importers in the ETS is not on the table for the moment. It may well be the case now and still in June 2010 when the European Commission has to report on this delicate topic. However, free allocation may be fragile in the long term, as, sooner or later, maybe after the Copenhagen process has given birth to an agreement on binding targets, auctioning will become the rule. Stavros Dimas told the European Parliament’s Environment Committee that the list of sectors would be revised through co-decision. To the extent that the risk of carbon leakage may still exist once the international agreement is implemented, because some economies outside OECD countries, will impose only intensity targets, the inclusion of importers in the ETS may come to play an important role. The idea should therefore not be abandoned!

Is it realistic to try and convince the European Commission to keep the door open, in their report to the European Parliament and the Council at the end of June, for addressing the issue of including importers in the ETS for a later stage? No one knows today what the outcome of Copenhagen is going to look like; no one knows what the first ETS review in 2014 will find out. In such an uncertain context, no industry – even those which are opposed to the extension of the ETS to European importers for fear of retaliation – should have any serious objections to keeping the door open.
Let us hope the European Commission will follow suit.

Read the article online at: https://www.worldcement.com/europe-cis/03122009/the_european_cement_industry_is_vulnerable_to_carbon_leakage_the_decision_and_beyond/ 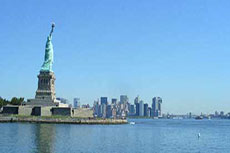