The Markit/CIPS UK Construction Purchasing Mangers’ Index® (PMI®) was 55.9 in May 2015. This is an improvement on the 54.2 registered in April. However, it should be noted that the May figure is still the second lowest PMI® since June 2013.

Although commercial building work grew at the slowest rate since August 2013, the civil engineering sub-sector picked up. The biggest increase in May was in the residential building sector.

The growth rate of new work improved in May, with survey respondents noting greater client confidence following the completion of the general election. Some 58% of the survey panel expects business activity to pick up over the next 12 months, compared to just 4% who forecast a decline. This is the highest level of confidence recorded since February 2006.

“The brakes are now off for the construction sector as it makes up some of the losses over the last few months with a steady and comfortable improvement. Though nothing like the highs of 2014, the quietly confident approach after the restraint displayed before the General Election, shows business confidence at its highest since February 2006,” said David Noble, Group Chief Executive Officer at the Chartered Institute of Procurement and Supply.

“Suppliers continue to experience pressure on their stocks, but extra capacity has come back on line and it seems like the worst phase of raw material shortages has passed. Construction companies also reported wages were also on the rise, but from a low base after the pummelling the sector took during the recession.”

“Input prices showed uplift after the lows of oil and raw materials costs that had been benefitting the sector for some time. Firms favoured in-house training of staff instead of sub-contractors who were in shorter supply and demanding higher wages, demonstrating business confidence in the future of the sector and the ability to meet future demand,” added Noble. “Of course the real strength and longevity of this new momentum will be played out in the coming months but the expectation is the sector is likely to trundle along rather than produce the same elevated progress of last year.”

Estimates released by Eurostat suggest that seasonally adjusted production in construction increased by 0.8% in the euro area in March 2015 and by 1.5% in the EU28, when compared with February 2015. 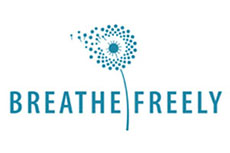