Skip to main content
Advertisement
Advertisement
With 1 March being the application deadline for the international Quarry Life Award, HeidelbergCement received 454 applications for its research competition. This is a 15% increase from last time. Pupils, students, young researchers and conservation organisations for Europe, Africa, Asia and Oceania were asked to submit project proposals focusing on biodiversity protection and management in one of the 69 participating quarries of the Group.The national juries now have the difficult task of selecting the five best projects in each of the 19 competition areas, which covers 22 countries. For those selected, the real work will start in April, when selected candidates and teams will have until September to perform their field-work research and validate their ideas. Nearly 100 projects will be rolled out across the four continents.For each national competition, the top three projects will be awarded with prizes of €1,500, € 3,000 and €5,000 in autumn 2016. At the same time, an international jury will judge the participants and reward the best projects from an international perspective, with €10 000 being awarded to the best project in each categories. The categories are: Habitat & Species Research, Biodiversity Management, Education & Awareness Raising, Beyond Quarry Borders and Student Class Project. In addition, a Grand Prize of €30,000 will be granted to the best overall project at the international award ceremony that will take place in Brussels in December 2016.This is now the third year that the Quarry Life Award has taken place, having launched in 2012.

Read the article online at: https://www.worldcement.com/europe-cis/03032016/heidelbergcement-receives-quarry-life-award-entries-617/ 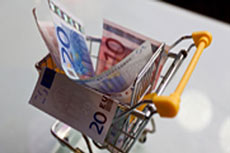 HeidelbergCement has released its preliminary figures for 4Q15 and the whole of 2015, stating 2015 to be its most successful year since the financial crisis.

HeidelbergCement focuses on continuous improvement in the aggregates business. 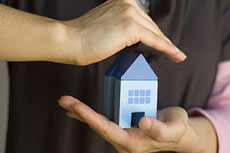 HeidelbergCement has entered into a partnership with Joule, a company that recycles CO2 into liquid fuels.