The acceleration in construction output growth experienced in February was boosted by the fastest rise in new orders since October 2014. This comes not long after an 18-month low for new orders in December 2014. The greater pace of new business growth in February has largely been attributed to improving economic conditions and a more positive sentiment towards the business outlook. However, some survey respondents have noted that the upcoming general election has led to delayed spending amidst uncertainty.

Although job creation continued, it grew at the least marked rate since December 2013. Demand for sub-contractors increased in February, resulting in lower availability and a rise in average rates. In fact, the rates charged by sub-contractors accelerated at the fastest rate since the survey began 18 years ago. Meanwhile, supply chain pressures continued to mount, pushing up input prices.

When asked about anticipated business activity over the next 12 months, 51% of those surveyed expected to see growth, with just 9% expecting a reduction in activity.

Commenting on the latest Markit/CIPS UK Construction PMI®, Chris Temple, Engineering and Construction Leader at PwC, said: “These figures continue to demonstrate that the slight slowdown the construction sector experienced late last year was a temporary blip. We expect the sector to continue to show solid, healthy growth during 2015. It is possible that we will see a temporary slowdown in new orders as we approach the general election in May. However, we don’t expect that this will be significant enough to counteract the upward trend of growth for the year.”

“The finding that more than half of the survey panel expect growth over the next 12 months chimes with the sentiment we are seeing among our clients, two thirds of whom are confident of strong growth in 2015,” added Temple. “The rebound in growth is good news for recruitment as it will bolster the confidence of construction firms to recruit workers and support potential job creation right across the industry in 2015, especially in the skilled trades.”

Read the article online at: https://www.worldcement.com/europe-cis/03032015/improved-rate-of-construction-output-growth-uk-february-2015-441/ 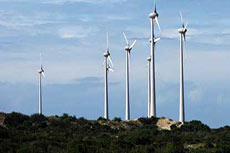 According to Barbour ABI, some £5.2 billion worth of construction contracts for 1095 renewable energy projects were awarded last year. 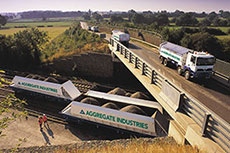 Jeff Stobbart, National Logistics Manager UK, Aggregate Industries, explains how the company has identified new practices and ways of working to streamline its logistics strategy across its divisions.

Guy Thompson, The Concrete Centre – MPA, UK, explains how the ongoing commitment of the concrete industry to sustainability can help designers and specifiers achieve sustainable solutions.

The ‘Construction Trade Survey’ for the UK in 4Q14 has been released, revealing that growth has been sustained for a seventh consecutive quarter.