Prior to its Annual General Meeting 2016, Sandvik AB’s nomination committee has proposed its Board Members.

The Nomination Committee has proposed the election of Björn Rosengren and Helena Stjernholm as new Board Members, and the re-election of the Board Members Jennifer Allerton, Claes Boustedt, Jürgen M Geissinger, Johan Karlström, Johan Molin and Lars Westerberg. The committee has proposed to re-elect Johan Molin as Chairman of the Board. Haane de Mora has informed the committee that she is not available for reelection.

Read the article online at: https://www.worldcement.com/europe-cis/03022016/sandvik-ab-proposes-board-members-433/ 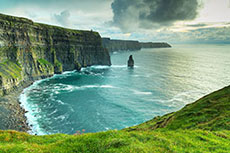 Sandvik has appointed Tomas Eliasson as its new Executive Vice President and CFO.

Sandvik has been included in The Sustainability Yearbook for the seventh time.

A Swedish company involved in hardwearing construction activities has been trialing a recent development from Sandvik Construction. New HX900 wear segments used on the bucket of an excavator are playing a significant role improving the company’s bottom line and reducing operational downtime.