Responding to the government’s introduction of a new apprenticeship levy, BSRIA has expressed concern as to whether members will have to continue paying the statutory industry levy to CITB (Construction Industry Training Board) along with this levy and that such shake-up will ‘kill-off’ the CITB.

BSRIA believes the government plans for a new all-industry apprenticeship levy could spell the end for the current CITB system, with construction firms left in the dark as to how the new levy will interact with the existing construction-only levy. A consultation has been launched asking employers for their views on the new levy plans, making it clear the government is considering scrapping the existing system.

The consultation document states that the apprenticeship levy will be economy wide and larger employers in the construction and engineering construction industries will be in scope of the levy alongside all other larger employers in the UK economy. On that basis government and the industries need to decide how best the existing levy arrangements respond to the apprenticeship levy.

Both the CITB and the Engineering Construction Industry Training Board will consult with employers before the introduction of the apprenticeship levy on whether they should continue to pay the industry levy.

This move forms part of the government’s pledge to support 3 million apprenticeships by 2020, include a requirement to take a company’s apprenticeship offer into account when awarding large government contracts, and publishing new industry standards so apprentices have the skills that firms need.

The all-industry levy is expected to come into force from April 2017.

Read the article online at: https://www.worldcement.com/europe-cis/02092015/bsria-concerned-new-apprenticeship-levy-478/

BSRIA has called for the government to do more to incentivise young people to take up careers in engineering, and particularly in construction, where the skills shortage threatens economic growth. 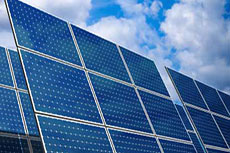 BSRIA is disappointed by the government announcement that small-scale solar energy subsidies are set to finish.

Nigeria’s BUA Cement has signed a gas sales and purchase agreement with Nigerian Gas Company (NGC) for the supply of natural gas to its Edo cement plant.