If a belt does not perform according to the manufacturer’s claims by wearing prematurely, ripping too easily, disintegrating due to excessive heat or because of oil penetration, the risk to life and limb is relatively small. However, if a conveyor belt that is specified as being fire resistant catches fire but does not resist the fire the way that it should do then it will literally ‘convey’ the fire throughout the site. The consequences of this can be catastrophic.

Is cost being put before safety?

Due to financial pressures, more and more organisations are being forced to examine their day-to-day running costs and, almost inevitably, seek cost savings. The pressure to cut costs can influence buying decisions concerning fire resistant conveyor belts, but is price being put before safety? The discovery that a belt is not sufficiently fire retardant is only likely to be made when it is too late.

Anecdotal as well as factual evidence, gained from extensive laboratory testing, indicates that even some of the biggest users of conveyor belts are utilising belts that are not as resistant to fire as they are claimed to be. In a growing number of instances, many bulk material handling sites that should be using fire resistant belting are operating with non-fire resistant belts simply in the pursuit of ‘economy’.

At the same time, insurance companies are becoming increasingly concerned. According to at least one major insurer, claims for fires directly involving conveyor belts are costing an average of nearly US$8 million per claim.

No conveyor belt is fire proof

Fire resistant standards for test methods and specifications applied to conveyor belts are becoming increasingly stringent and can be very confusing. The first and most important thing to bear in mind is that conveyor belts cannot be totally fire proof. Using special additives and chemicals, the rubber used in the top and bottom covers that protect the carcass of the belt and the rubber skim between the fabric plies of the carcass can be engineered to resist fire, but the complete structure of the belt cannot be made fire proof. The fabrics used in the carcass of the belt most commonly contain polyester and nylon, which have virtually no resistance to fire. In other words, every belt will begin to burn (and continue to burn) when exposed to a naked flame that has sufficient energy to ignite it. 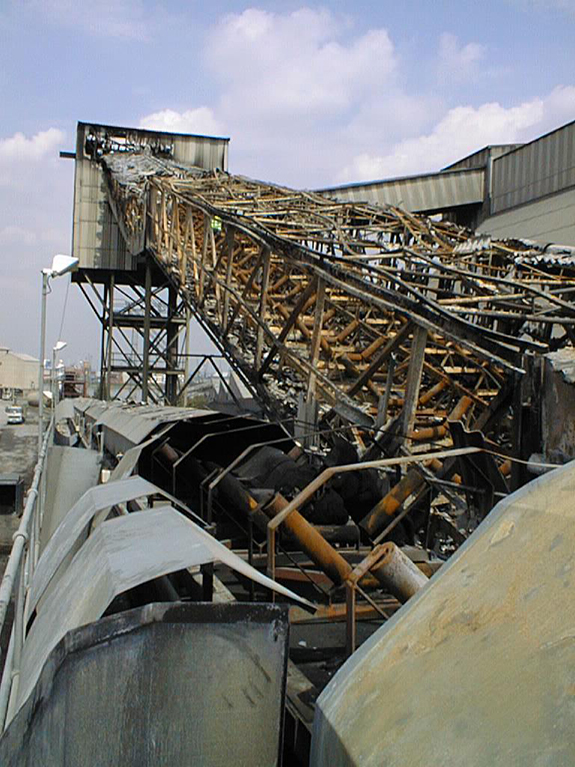 A poor quality fire resistant belt can be very expensive.

What is meant by ‘fire resistance’?

Environments with inflammable dust and gas

EN 12882 is the standard for safety requirements for conveyor belts for general-purpose use (not underground). The most basic electrical and flammability safety requirement is EN 12882 Category 1. For environments where dust or other potentially combustible materials are involved, it is essential that the conveyor belt cannot create static electricity that could ignite the atmosphere. Belts need to be able to allow static electricity to pass through the metal frame of the conveyor structure down to earth rather than allow static to build up. At Dunlop it was decided some time ago that the safest approach was for all belts to be anti-static and conform to EN/ISO 284 international standards. This means that they can all be used in ATEX 95 (94/9/EC Directive) classified zones. Some people mistakenly believe that all belts used in ATEX classified zones must be flame retardant but actually this is not the case.

ATEX regulations apply to industrial environments where there is a risk of explosion because dust or gas is present in the atmosphere. For those organisations that are buying conveyor belts for use in ATEX regulated areas it is very important to ask potential suppliers for a copy of a certificate provided by an appropriate independent testing authority such as the German Institute Dekra Exam GmbH.

Above ground and general service applications

As fire safety is such an important issue, there are numerous safety classifications and international standards for which there are many different tests used to measure the self-extinguishing properties of conveyor belts. Rubber belts reinforced by layers of textile fabrics (multi-ply) or steelcord reinforcement are the most commonly used type above ground and in general service applications. The basis of most tests for belting used in normal industrial applications is EN/ISO 340. This standard makes the distinction between fire resistance with covers (K) and fire resistance with and without covers (S).

The relevance of “with and without covers” is that as belt covers wear during their operational life the amount of fire resistant rubber protecting the flammable carcass reduces. The best way to decide between ‘K’ and ‘S’ grades is to consider the material being carried. For moderately abrasive materials, ‘K’ grade is usually perfectly adequate. This also applies to elevator belts. However, if the material is abrasive and tends to wear the top cover quite rapidly then the safest option is to choose the ‘S’ grade.

In both ‘K’ (EN 12882 Class 2A) and ‘S’ (EN 12882 Class 2B) grades, the rubber skim that bonds the fabric layers of the carcass together should also be fire resistant. In the case of ‘S’ grade (fire resistant without covers), the rubber skim should be thicker than the skim used for ‘K’ grade. The easiest way to tell if a ‘K’ grade belt has the required thicker rubber skims is to obtain technical datasheets from the manufacturer for both ‘S’ grade and ‘K’ grades and compare the carcass thickness figures. 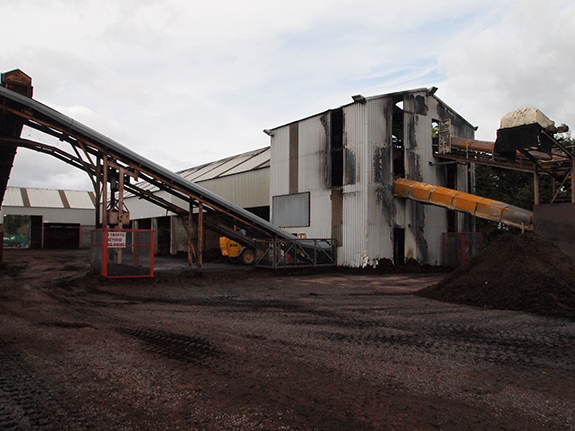 The Dunlop BVK conveyor (left) stopped the spread of the fire.

Another reason why buyers should always request technical datasheets before placing an order is that they include information on the level of abrasion (wear) resistance. The ingredients used to create a fire resistant rubber compound generally have an adverse effect on its wear resistant properties. Consequently, fire resistant belts tend to wear faster and, as the thickness of the rubber reduces, so does the level of protection given to the inflammable carcass. To avoid premature belt replacement, in the case of purely fire resistant belting, buyers are advised to demand an average abrasion resistance level of no more than 150 mm3.

At Dunlop, rubber compound technicians have proved that it is possible to have the best of both worlds by developing a fire resistant rubber that also has good resistance to abrasion. In fact, the company’s technicians have created a compound that has 50% better wear resistance than the DIN Y standard for abrasion resistant rubber. This means that the belt retains its resistance to fire for much longer and, at the same time, extends the operational lifetime by the same proportion. However, laboratory tests have revealed that this is very much an exception to the rule within the conveyor belt industry.

EN/ISO 340 tests involve exposing six individual samples of belt to a naked flame, causing them to burn. The source of the flame is then removed and the combustion time (duration of flame) of the test piece is recorded. A current of air is then applied to the test piece for a specified time after the removal of the flame. The flame should not re-ignite.

The time it takes for the belt sample to self-extinguish is then measured. The duration of continued burning (visible flame) should be less than 15 seconds for each sample with a maximum cumulative duration of 45 seconds for each group of six tests. This factor is of paramount importance because it determines how fire can be effectively carried along a moving belt.

Even if a manufacturer states that its fire resistant belt has passed the ISO 340 test, the buyer should still exercise caution. A typical conveyor belt can easily travel more than 40 m within the 15 seconds sufficient for a belt sample to pass the test but which would still allow the belt to carry flames over a potentially dangerous distance. For this reason, the required time limit standard in Dunlop is no more than 1 second, ideally 0 seconds. Buyers of fire resistant belts are therefore recommended to ask to see copies of the test results.


Written by Sytze Brouwers, Fenner Dunlop BV (Dunlop Conveyor Belting), The Netherlands. Sytze Brouwers is Chairman of the International Standards (ISO and CEN) committee and one of the world’s leading authorities on conveyor belting.

This is an abridged version of the full article, which appeared in the 2014 Bulk Materials Handling Review supplement of World Cement. Subscribers can view the full article by logging in.

Read the article online at: https://www.worldcement.com/europe-cis/02092014/playing-with-fire-part-1/ 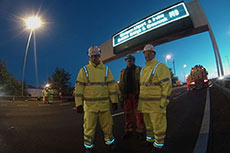 Aggregate Industries has bought the next generation personal protective equipment from Fhoss Technology® to keep personnel safe while working through the night.

Events were held at Lafarge’s Cementos Parrilla, the Sagunto plant and the Montcada i Reixac plant to mark the central day of ‘Health and Safety Month’.