The European Aggregates Association (UEPG), and by extension MPA which is a UEPG member, has been an active partner in ‘Countdown 2010’ since 2007.  We are committed to tackling the causes of biodiversity loss and supporting the 2010 Biodiversity Target.

The Nature after Minerals (NAM) project is an initiative run by RSPB and Natural England, with the support of MPA, formed in 2008/9 with the goal of assisting mineral operators and planners to restore quarries to priority Biodiversity Action Plan (BAP) habitats.

In 2009, the NAM project received an injection of cash from the Aggregates Levy Sustainability Fund (ALSF) and, as a result, three full-time NAM staff have been taken on to implement the project on the ground.

In 2010, companies have benefited from the NAM team’s advice; guidance; and consultation responses, which have highlighted members’ significant contribution to BAP habitat creation by providing inspiring examples of good practice.

The Natural England Biodiversity Awards scheme was also launched earlier this year, in association with MPA, which will run alongside MPA’s current Restoration Awards scheme.  The awards will be presented at next year’s MPA Showcase 2011, the premier event for the mineral products industry.

The Natural England Biodiversity Awards will recognise the mineral products industry’s exceptional achievements and potential to protect and enhance the nation’s biodiversity. The awards reflect that few, if any, other industries actively manage land on a scale that enables them to make a positive large-scale contribution to natural habitats.

The important contribution that the mineral products industry makes to biodiversity, as well as to the community and society in general, was clearly demonstrated by MPA member Lafarge Aggregates Ltd at the European Aggregates Association’s (UEPG) Sustainable Development Awards in May.

Lafarge Aggregates Ltd scooped a Restoration Best Practice Special Award for the National Memorial Arboretum in Staffordshire. The restoration of the site on which the Arboretum now stands was completed in the mid 1990s. Over 150 groups, military and other, are represented at the Arboretum and nearly 300 000 people passed through the gates in 2008. A rich diversity of wildlife throughout a wide variety of habitats has been encouraged, including lakes, ponds, reedbeds, wetland and grassland.

Improving biodiversity goes hand in hand with the principles of sustainable development and environmental protection.  The efforts of MPA members to drive forward sustainability and environmental priorities were recognised in July when MPA, in partnership with affiliate British Precast, beat stiff competition to win the top Environmental Initiative prize in the Trade Association Forum Best Practice Awards. The awards recognise and celebrate best practice and reward the achievement of trade associations from all industry sectors.

This award was won for the Sustainable Concrete Strategy, developed and implemented by key trade associations and companies within the concrete sector. The vision behind this strategy is that by 2012 the UK concrete sector will be recognised as being the leader in delivering sustainable construction. The aim is to create an honest, responsible dialogue that enables the sustainable development of the built environment.

The strategy has produced two reports. The first report, published in 2009, provided industry data across 14 performance indicators against which the concrete industry has committed to be benchmarked and to improve upon. The latest March 2010 performance report provides 2008 performance data and outlines 12 targets, plus those in development, to be achieved by 2012.

One year on from when the UK Cement and Lime sectors achieved their energy efficiency goals as detailed in their Climate Change Agreements for the target period 4 (2008), MPA members remain committed to further improving performance and working towards the Government’s target of an 80% reduction by 2050. The UK industry is tackling climate change through reducing emissions and providing energy-saving solutions, whether through the use of new and updated plant or waste derived fuels and raw materials.

Nigel Jackson, Chief Executive MPA, said “We are only half way through 2010, but our members have already achieved a lot this year in support of biodiversity, sustainability and environmental issues. MPA will continue to push high standards in these areas, as well as in key concerns such as health and safety and securing and maintaining the licence to operate for the sustainable supply of essential mineral products, well beyond 2010.”

Read the article online at: https://www.worldcement.com/europe-cis/02082010/mpa_makes_positive_contribution_to_un_2010_year_of_biodiversity-/ 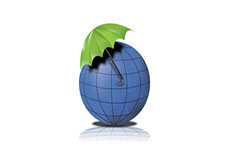